We went into lockdown with one housing market and came out of it with quite another. Joey Gardiner reports on what the pandemic means for developers of high-rise housing 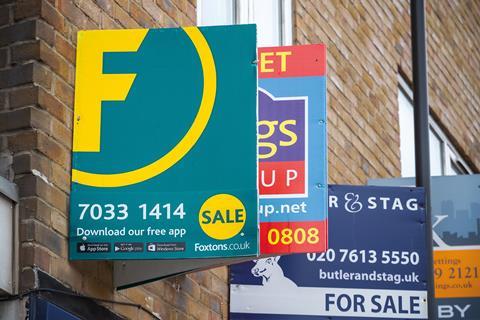 The impact of the coronavirus crisis on the housing market is a much-contested issue at the moment. Estate agents point to buoyant demand and a rapid bounce back in activity as market restrictions have been lifted, and decry the doom-mongers.

Undeniably, the strength of the rebound has taken many forecasters by surprise – Rightmove reported last week that prices had now risen 2.4% above the pre-lockdown level amid surging demand – and some are rapidly recalibrating their predictions.

But most economists point to the inexorable logic of the economic crisis: the collapse in GDP – 20% down in April and May; the thousands upon thousands of jobs lost; the huge uncertainty continuing to hang over large parts of the economy. Forecasters continue to predict large peak-to-trough falls in demand for homes and, consequently, prices – even if they are pushing the timing of the fall slightly to the right.

Earlier this month the Office for Budget Responsibility (OBR) released forecasts suggesting a fall of more than 8% in house prices in the year to March 2021 was most likely, though it said the drop could be as much as 16%.

In addition, there is an argument that a general market downturn could threaten a perfect storm for developers of high-rise or apartment schemes specifically, for a combination of reasons.

While many housebuilders are likely to be able to ride out single-digit price falls given a reasonable recovery, any downturn will not strike everyone equally. One of the marked features of the post-lockdown market is the sense that it is being driven by a reassessment of people’s housing needs made during the long hours spent cooped up at home. There is a growing body of evidence suggesting people are increasingly looking outside major cities, particularly London, and prioritising space – both indoor and outdoor – above the benefits of urban life.

Hence changing demand patterns could exacerbate the effects of any general market decline for developers of apartment schemes. These schemes are by their nature under more pressure than standard suburban housing, because the development model requires all of an apartment scheme to be built and finished before any revenue comes in, meaning a huge up-front cash outlay, usually financed by a bank. If covid suddenly makes high-rise apartments without balconies hard to sell, this could leave such a scheme in a particularly vulnerable position.

On top of all this are the continuing effects rippling out from the catastrophic Grenfell Tower fire in 2017. While the fire did not itself appear to dampen demand for high-rise living, the subsequent changes to building regulations and the response to those from insurers and mortgage lenders are continuing to drag on sales and valuations of high-rise properties. At the most extreme end, residents in some high-rises are stuck and unable to move because buyers cannot secure a mortgage on the property.

So, how concerned should developers of flatted schemes be? We asked three experts in different areas – the overall housing market, high-rise development economics, and the impact of Grenfell – to detail what the future holds for this part of the sector.

Lockdown has prompted many homeowners and tenants to reflect on where and how they want to live. The UK’s statistics body told us last month that more than one in four people wanted to make a large life change as a result of lockdown, and of those, more than a third wanted to live somewhere else.

Alongside reflecting on what they want from a home, office-based workers are expecting a different sort of working life as lockdown continues to ease. After all, the 10 or so weeks of full lockdown proved in many cases that people did not need to be at an office in order to be productive.

Does this all add up to a large-scale shift away from urban living as everyone moves out to rural areas to work over Zoom calls? Not quite.

More flexible working is definitely here to stay, but businesses will want to resume operating from their offices to benefit from having their teams together once more. So, a move to the outer Hebrides is not on the cards for the vast majority of people.

Our data is showing increased demand in wider commuter zones around key cities. These are areas that are typically a longer daily journey to the office, but which become more attractive for those heading into the office only once or twice a week – striking the right balance between urban and rural for many movers. 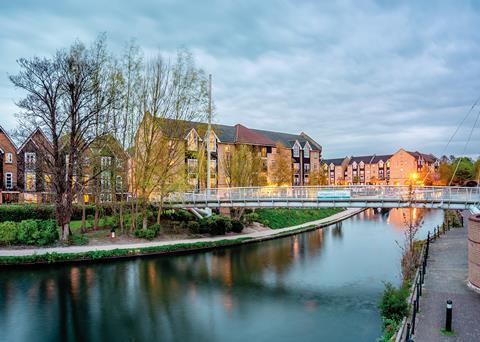 We have seen increased levels of demand in and around London in areas such as Hemel Hempstead, Kingston upon Thames and Sutton, and further out in Enfield, Romford, Dartford and Southend-on-Sea. There are similar trends around other cities – for example, around Manchester areas including Blackburn, Preston and Wigan have seen sharp rises in buyer demand over the last month compared with February.

At the same time, the data also shows that most city-dwellers who are active in the property market are looking for another property within the same city. A large-scale shift away from urban living is unlikely.

This is echoed in the types of homes for which people are looking. The most popular search term when people look for a new home is “garden”; this has always been the case and continues to be so. However, the proportion of those using this search term nearly doubled in June compared with February, underlining the desire for more outside space after lockdown. However, the number of those searching for “balcony” rose by 166% over the same time-frame, suggesting that the demand for some outside space is not shifting demand purely towards houses.

The wider economic as well as public health landscape in the months to come will continue to influence people’s decisions about how and where they want to live and work. Our data suggests that so far there is continued demand in both urban and rural areas, although some wider commuter zones are set to see augmented levels of activity.

The economics of flatted schemes

Flats (or apartments if you prefer) may not be quite as important to overall new housing supply as they were in the early to mid-2000s but they still account for around 40% of total new supply and are a significant risk to the health of the wider housing market during these uncertain times. 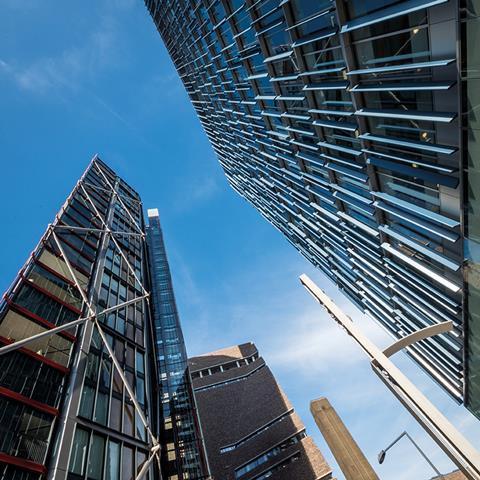 Modern luxury apartment buildings next to the Tate Modern – but will international buyers still be in the market?

Even in a normal market, the development and sales process inevitably makes high-rise development riskier than the build-as-you-sell volume housebuilding market. The need to do off-plan sales to unlock development finance just to start construction usually provides developers and lenders with a firmer view of future income on high-rise developments. However, if prices fall, your overseas buyers can no longer travel, or construction timetables slip, then there is a big risk that people walk away from their deposits or you struggle to sell the remaining homes. Bulk sales to private rental investors would usually be the exit strategy of choice, but weakening rents in London suggest this option may be more challenging in some markets.

Even in a normal market, the development and sales process inevitably makes high-rise development riskier than the build-as-you-sell volume housebuilding market

The stamp duty holiday will provide some relief for developments currently under construction and able to reach completion before the end of March next year. This will almost certainly lead to a rush of activity to meet this deadline. Unfortunately, the longer-term prospects look more challenging. There appears to be an increased preference for moving out of cities since the pandemic, demand from overseas students and other residents is very likely to be lower, city-centre short-term lettings markets are struggling, and young people are most affected by the ongoing recession. That all suggests high-rise development markets will struggle and fewer developments will come forward. That will have a significant impact on overall housing supply and any distressed sales could, in a period of lower transactions, lead to negative consequences in the wider housing market.

The shadow of Grenfell

Since the Grenfell tragedy, tall buildings have come under scrutiny as residents and owners determine whether they were constructed in line with regulations. What has become clear is that many buildings use materials that are non-compliant or have not been constructed in the way that was intended.

And now an air of uncertainty hangs over the market for flats in tall buildings. Are they safe, compliant, mortgageable, insurable? Some of these questions have quick, easy answers and some need investigating or throw up complex paths for the future.

There has been a surge in demand for fire engineers to carry out inspections, and programmes for buildings stretch months in advance due to the high demand

One of the current complexities of the market for flats in tall buildings is the EWS1 or External Wall Fire Review form designed to certify a building’s cladding system as fire safe. Led by RICS, with UK Finance, the Building Societies Association and the input of a cross-sector group including housing associations organisation the G15, the aim was to free up the market for tall buildings by giving lenders confidence that a building has a low risk of fire. This would allow lenders to give mortgage offers to prospective buyers while also supporting leaseholders and shared owners who wanted to remortgage or staircase. 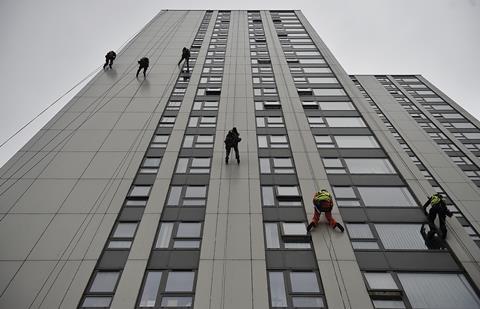 Cladding had to be replaced at Chalcots Estate in north London, after it was confirmed to be flammable

What has actually happened has been less clear cut, as EWS1’s existence has meant some lenders are unwilling to finance purchases without the form. Some buildings have been signed off relatively easily (albeit expensively) and residents are able to move forward with their lives. Among data from 10 of the G15’s members, 169 blocks have received a signed EWS1 form since its inception in December 2019. And in the past three months, most of the buildings that have been able to get an EWS1 form have been new-builds as this has now become a normal step of the sign-off process.

But there are still nearly 1,000 homes (not blocks) which have been affected by the lack of an EWS1 form, including those below 18 metres. Buildings are being prioritised in obtaining a form in terms of perceived risk – put simply, the tallest buildings with the most cladding are at the top of the list. So an existing building with one small decorative panel of cladding is most likely to be last on the list.

There has been a surge in demand for fire engineers to carry out inspections and provide EWS1 forms, and programmes for buildings stretch months in advance due to the high demand. Some fire engineers have even turned down work as they are unable to obtain the relevant professional indemnity insurance, further compounding the issue.

It seems that there is still more to be done to convince lenders that EWS1 forms are designed only for tall buildings. In addition, until there are enough fire engineers to provide forms, there will continue to be people who are stuck in their homes and unable to sell.