11
The 10 people who defined the decade
Focus

The 10 people who defined the decade 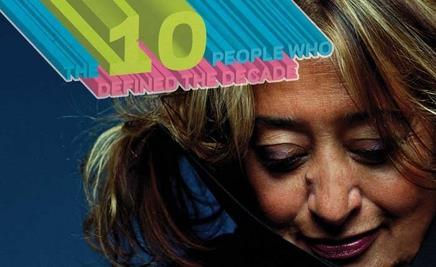 Nobody has defined contracting over the past decade like Ray O’Rourke. The Irishman exploded onto the scene in 2001 when his concrete firm, O’Rourke & Son, bought Laing Construction from John Laing for £1. The gamble paid off. Ten years later, the company has a turnover of more than £3.6bn, and is now at the heart of major projects the world over – including the 2012 Olympics. The company has made the pace in areas such as off-site manufacture. And it’s O’Rourke himself who has steered the company through its expansion, never leaving go of the reins – a fact proven by the departure of Tony Douglas, who was to have been his successor. Sometimes controversial – remember that speech about women on sites? – often elusive, but also a man who has raised the bar for the industry.

Love her or hate her, this Iraqi-born architect has epitomised the spirit of pioneering architecture as she persuaded clients to build the unbuildable. She became the first woman to win the Pritzker prize in 2004, and designs for buildings such as the 2012 aquatics centre have become global icons.

Bernstein was appointed chief executive of Manchester council in 1998, and throughout the following decade transformed the city with an enormous regeneration programme. From an industry point of view, he remains the premier example of enlightened local government leadership.

Dunster is the father of zero-carbon development. His practice, ZedFactory, was founded in 1999 when most of the industry was not even paying lip service to sustainability, and his BedZed project was a beacon for enlightened construction.

A founding director of BioRegional Quintain, Desai has been a driving force behind sustainable design. He drew together the original partnership behind Dunster’s BedZed project, and then went on to make sure sustainability started to happen in the industry as a consultant to government, councils and developers.

The London skyline of the noughties owes a lot to Lord Foster, from Canary Wharf to City Hall. And of course the Gherkin has become one of the most recognisable buildings in London.

The choice of Lipton as the first chairman of Cabe was inspired. Throughout the five years he held the post in the first half of the decade, he succeeded in raising the public profile of architecture and established the design review system that was to become its key contribution.

The late Ucatt general secretary pulled off the biggest coup of his career in 2003, securing a landmark pay and conditions deal for construction workers at Heathrow Terminal 5. He secured £55,000 a year for skilled tradesmen – more than a director of a £50m-turnover contractor at the time.

Labour’s £55bn schoolbuilding programme has been the industry’s life raft in the recession. And that is partly because of Byles. He took over delivery body Partnerships for Schools in 2006 and turned it around.

When he joined Atkins from Skanska in 2004, few people would have predicted the impact Clarke would have on the wider industry. His commitment to the green agenda and safety have made him Labour’s go-to man on construction issues.