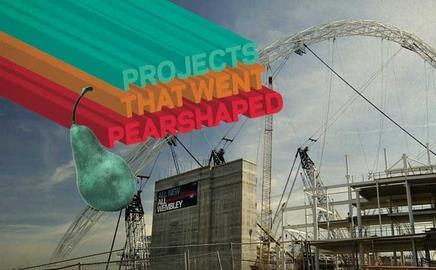 Here, in order of horribleness, are six projects that caused grief to all concerned, although they did give Building journalists an awful lot to write about

Multiplex clinched the £326.5m contract to rebuild Wembley in 2000. Bovis Lend Lease, its jilted partner, threatened to sue, unaware that it had escaped the project from hell.

Problems began to surface in 2004, as the project became the butt of more jokes and column inches than Sven-Göran Eriksson’s sex life. That summer steel contractor Cleveland Bridge walked off the scheme, but it wasn’t until 2006 that Multiplex admitted it was in trouble. Martin Tidd, its UK managing director, said in January that the project would have to run “as smoothly as a Swiss watch” if it was to open in time for the FA Cup final. Actually it ran as smoothly as a one-legged man in a sack race: there were problems with drainage and concrete and five contractors went bust trying to complete their works.

One result of all this was that the cost of the stadium rose to £757m and the main players began talking to their lawyers. Multiplex and client Wembley National Stadium Ltd settled out of court, but the dispute between Multiplex and Cleveland Bridge turned into a three-year war of attrition, ending in a self-defeating victory for Multiplex, which was awarded £6m and 20% of the legal costs (about £2m). It had claimed up to £25m. The bill for photocopying came to £1m.

This east London swimming and sports centre was described by Jonathan Glancey in The Guardian as an example of “political hubris, overarching ambition, millennial folly and evidence of the decline of local authority expertise in one building”. A users group listed 59 defects in the building when it opened in 2002, including the siting of the children’s changing areas next to 2m deep water. In the end it took 11 years to build and had a final price tag of £45m. Stephen Hodder, its architect, lost his London office, his marriage and £250,000 of his own money.

This was meant to take the town back to its Georgian heyday, but ended up £33m over budget and five years late. The project was supposed to cost £13m and finish in 2001, but a series of defects and disputes between Mowlem, Grimshaw and the council meant it opened in August 2006 at a cost of £45m.

This opened in 2006, more than a year late and 10 times its budget (the first, ridiculous, estimate was £40m). A public inquiry criticised the management of the whole project, but essentially blamed nobody. Bovis Lend Lease blamed the architects (Enric Miralles and RMJM) for constantly demanding changes.

Another flagship that sprung a leak was the Norman Foster/Anthony Caro/Arup Millennium Footbridge. First called the Blade of Light, it was quickly rebranded as the Wobbly Bridge. When it opened in 2000, pedestrians who fell into “cadenced step” set it swaying. It was closed for two years.

Many felt sympathy for Laing, and NG Bailey, its M&E contractor, because the specifications for the job were more like brain surgery than building. Laing handed over the job in 2001, then took it back when the air-conditioning failed to perform. The DTI gave up in 2005, and Laing took its £70m loss and got on with being a PFI investor. Arup cracked the problem this year – something of a triumph, since it beat scientists’ specifications.