Designing energy-efficient homes is the easy bit - making sure the dwelling performs as expected is more tricky. That’s why forward-thinking housebuilders are embarking on some serious research. Alex Smith verifies the results 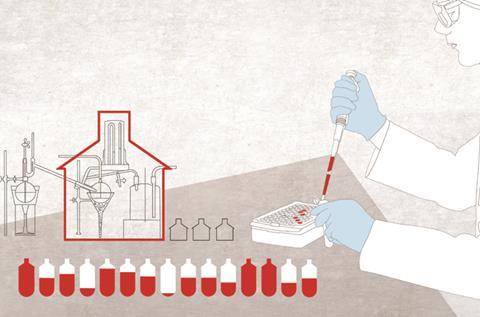 The March Budget had an unexpected sting in the tail for green campaigners. Tucked away in supplementary document Planning for Growth was a paragraph stating that energy targets for new-build homes would be made less onerous.

The news prompted a storm of protest from green groups. Paul King, chief executive of the UK Green Building Council (UK-GBC), said the policy would hit green investment and was “anti-growth as well as anti-green”.

Wildlife charity WWF went one step further, resigning from the Zero Carbon Taskforce, where it had helped formulate housing strategy for eight years. Head of campaigns Colin Butfield said there was no warning of the decision on targets. He says: “The rug was pulled from under us.”

In justifying its decision, the government claimed that the cost of meeting proposed 2016 zero-carbon housing standards would make new homes unviable. It announced that, to reduce costs, zero carbon targets would only apply to energy use covered in the Building Regulations including heating, lighting and water, and not unregulated energy such as cookers and washing machines.

The change in definition means it will be easier and cheaper for housebuilders to meet the 2016 Building Regulations. In Butfield’s view, the government has “watered down” the regs. 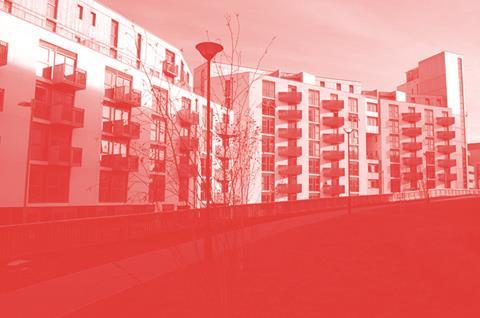 Naturally enough, housebuilders generally welcomed the news, but what is surprising is that some well known sustainability figures have also praised the change in definition.

Jon Bootland, director of the Good Homes Alliance and chairman of the Passivhaus Trust, says changing the definition was sensible. “Housebuilders can’t be responsible for occupant behaviour. The variability of users can be a factor of 10, which is a difficult number to deal with.”

Bootland believes that arguments over the zero carbon definition have obscured the big issue for housebuilders - the gap between the energy performance predicted at the design stage and the actual performance of the completed dwelling.

And the Good Homes Alliance can prove the scale of the problem. In fact, a week before the rumpus caused by the Budget, it revealed evidence that performance of new homes was well below what was expected from the designs.

By testing homes’ fabric for heat loss it found there was a 60% gap between designed and actual built performance. Measurements of heating services revealed even worse results - in one field trial the combination of high heat losses and a poorly performing ground source heat pump system resulted in carbon emissions that were 140% higher than designed.

The Good Homes Alliance evidence has fed through into research carried out by the Zero Carbon Hub, the body tasked with making recommendations to the government on reducing carbon emissions. As a result of this and other monitoring it has said that, from 2020, tests should demonstrate that at least 90% of all dwellings would meet or perform better than their designed energy/carbon performance. This has been backed by the government, which is saying that although the zero carbon targets are now less onerous, houses must perform as designed.

But how is this to be achieved? The call to build better has been welcomed across the industry, with many housebuilders showing willingness to learn and improve. Some have joined the Good Homes Alliance and others have carried out research on their own or through partnerships such as the AIMC4 consortium - see box below.

The only way you can consistently test homes for energy performance is with co-heating testing as it isn’t subject to the different ways homes are used by occupiers. Co-heating tests monitor the heat loss of dwellings over seven days. The homes are heated to 25°C, and the amount
of energy used to keep rooms at this temperature is recorded, allowing testers to see exactly how much heat is being lost through the fabric.
This type of test doesn’t reveal where the weaknesses are in the fabric. Further tests have to be done to identify where air leakage occurs using methods such as infrared thermography and pressurisation and smoke tests.
Testing should identify issues similar to the party wall stack effect that was identified in the lead up to the 2010 changes in the Building Regulations. During testing it was found that heat was being lost through party walls. Warm air from the test apartments passed through the plasterboard into the cavity before being channelled upwards out of the building. As a result of this finding, the 2010 Part L of the Building Regulations now require that party walls are insulated and cavities sealed.

The Good Homes Alliance has developed a monitoring programme that aims to close the gap between design aspiration and as-built performance. The results are expected to be published in the next few weeks.

The alliance is also observing on-site processes and measuring how subcontractors work. Bootland says it will feed back what it learns to developers and the supply chain through training programmes and intensive support for members.

There’s not enough flexibility. If we are to close the actual vs design performance gap, the compliance tool has to be right - it’s not giving accurate results

Sustainability consultant David Strong says it is critical that housebuilders change the way they build. “It’s about forensic attention to detail, integrated designs fully developed between architects, engineers and contractors. There needs to be analysis of where the risks are during the design, build and operation stages and these risks need to be mitigated.”

The Good Homes Alliance is not alone in gathering data on the performance gap. Miller Homes has been carrying out research on the fabric, technologies and processes used in housebuilding at Miller Zero in Basingstoke. It built homes up to code level 6 to look at how renewable technologies could be integrated on site.

Craig Ferrans, associate director of design at Miller Homes, says one of the most challenging elements was knowing exactly what technologies were contributing to performance because the Standard Assessment Procedure tool (SAP) used to calculate compliance was not accurately predicting how homes should perform. Nor was it always accounting for innovative technologies or design types.

“It has progressed, but it’s a clunky tool. There’s not enough flexibility. If we are to close the actual vs design performance gap, the compliance tool has to be right - it’s not giving accurate results,” says Ferrans.

The research has shown that some aspects of a building contribute more to energy efficiency than others. Ferrans says Miller will always look to improve the fabric of the home first before looking at renewables, but says new technologies will be a factor in meeting carbon compliance.

This “fabric first” approach is becoming the consensus across the housebuilding industry and forms the basis of a large-scale research project run by the AIMC4 consortium, which is supported by Barratt, Crest, H+H. the BRE, Stuart Milne and TSB. The consortium aims to build code level 4 homes at the same cost as level 3.

“We need to maximise the built-in benefits we can deliver through heating services and fabric,” says Elisabeth Ness, Crest Nicholson’s group sustainability executive. “We do this with research and by sharing knowledge with the supply chain.” The AIMC4 is steering clear of renewables at this stage. “If we have to add renewables we are adding complexity. We’re also adding long-term risk in maintaining the renewables, which may not be being used properly by residents.”

Crest, Barratt and Stuart Milne are building pilot homes, which they are monitoring using BRE measurement tools. This winter the homes will undergo tests for heat loss that will assess how the built performance compares with the intended design (see AIMC4 box, left).

In order to close the performance gap, Ness says the industry must aspire to “lean manufacturing”, a highly efficient and focused approach on site. “By 2013 we want to have taken risk out of the supply chain, which also results in taking it out of the building site,” she says.

Ness sees the whole supply chain as being involved in reducing the possibility of poor performance, and says that product manufacturers need to design out human error. She says subcontractors coming onto site will be inducted by skilled site managers who have been trained to Crest’s standards. “They will be the ones who push through the cultural change,” says Ness. Any “mavericks on site” need to follow the proven processes, not do what they think is right.

But the contractor has to give something back in return, says Ness. “We must incentivise subcontractors by treating them well and ensuring they are paid on time.”

Ness hopes the learning base from the research project will feed back into the industry. “We hope it will spark a change in understanding for the whole industry,” she says. “We will find out which key learnings need to be shared, and this will form the foundation for approved robust details and Building Control inspections, leading to assured building performance.”

The thorny subject of how 2013 and 2016 Building Regulations will be enforced in a period of tight budgets will be much debated in the years to come. In the mean time, teams across the UK will be working out how they can make homes up to 50% more efficient without spending any more money. And that’s with a watered down zero carbon target …

The AIMC4 consortium is a £6.2m research project that aims to deliver code level 4 homes at the same price as level 3. The project could have wide implications for how homes are built in the UK as the housebuilders on the project - Barratt, Crest Nicholson and Stuart Milne - build about 19,000 homes a year.

It’s vital commercial housebuilders develop methods to minimise building costs as they compete with sellers of existing stock that are under no legal obligation to improve homes. According to a study by Cyril Sweett, level 4 detached homes will be up to £25,000 more expensive than dwellings built to 2006 Part L.
Stewart Dalgarno, director of product development at Stuart Milne, sees AIMC4 as a marketing tool. He says: “We really sell the low-energy features and create value, and if we create a market that promises low energy we have to deliver. Testing will identify gaps.”

The three housebuilders are focusing on the fabric and will build 17 pilots this year from two-bed flats to five-bed executive homes. They are trialling four fabric systems:

Potential suppliers were invited to interactive workshops that helped AIMC4 select 35 suppliers from over 300 applicants. “It’s a big process challenge,” says Dalgarno. “Take windows for example. At the moment we assemble the units and seal them on site, which means multiple handling and the potential for air leakage around poorly sealed or damaged junctions.

“There should be more integration,” says Dalgarno. “We want the window supplier to take on responsibility for fitting and the windows people need to get into bed with the airtightness guys.”

Closer working might mean seals being fitted in the window factory, or the window production line operating in Stuart Milne’s factory. “There would be no delivery cost, no packaging cost,” says Dalgarno. “Components could drop in price by 30-40%. We need suppliers to think in this way.”