The return of the clerk of works

Concerns about building quality and safety, especially in the wake of Grenfell, have led to calls for a more co-ordinated approach to accountability. Could the answer be to revive the largely lapsed role of clerk of works? 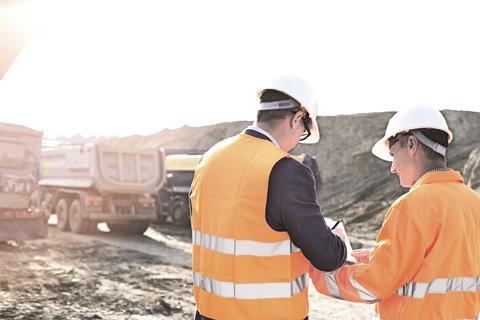 Forty years ago the clerk of works was a familiar and indispensable figure on building sites, and several thousand of them worked within the construction industry up and down the country. Today, by contrast, they are a rare sight on private sector jobs, and the role of public sector clerks of works is all but extinct. But all of that might be about to change.

Last month developer Derwent London announced plans to reintroduce clerks of works on all its jobs – they have already been used on a number of its projects. Derwent’s head of development, Richard Baldwin, talks of the clerk of works providing “an additional layer of assurance in terms of the workmanship on the site”.

Derwent isn’t the only organisation to indicate a sea change in the fortunes of the profession. The Institute of Clerk of Works and Construction Inspectorate (ICWCI) has reported an upsurge of interest in the role since June’s Grenfell Tower fire, and multi-disciplinary construction firm Pellings has announced that since 2014 it has doubled the number of clerks of works it employs. Equally, Tony Mobbs, manager of site-quality inspection consultant and clerk of works provider Hickton, reveals that turnover has “doubled” in the last two years.

Even the public sector, which summarily discontinued the role of clerks of works from the 1980s onwards, might be mounting a U-turn – at least in Scotland. The Scottish government is considering making it mandatory to employ a clerk of works on all public sector jobs, a requirement that would have a massive impact on site inspection arrangements north of the border and could well have ramifications south of it too.

So, why is the clerk of works making a comeback, and why did the role decline in the first place? Perhaps most crucially, what could this ancient role offer a modern building industry so fundamentally different from the one the clerk of works all but exited 40 years ago? We find out below. 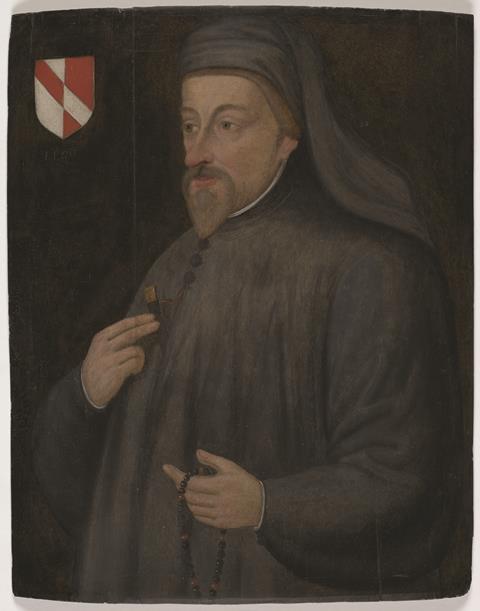 Besides being the father of English literature, Geoffrey Chaucer was also once Clerk to the King’s Works

What is a clerk of works?

While there are a whole generation of construction industry professionals who have never worked with a clerk of works, the role is an ancient one and was once an intrinsic part of the building industry. Arguably the world’s most famous clerk of works is seminal medieval writer Geoffrey Chaucer, who for at least two years in the late 14th century held no less a title than Clerk to the King’s Works – a position that exposed him to many of the courtly intrigues he turned into iconic prose.

According to the ICWCI, which was founded in 1882, the official description of a clerk of works is as follows: “a person whose duty is to superintend the construction and maintenance of buildings, or other works for the purpose of ensuring proper use of labour and materials”. ICWCI chief executive Rachel Morris further describes the role as one that covers five quality monitoring areas: “compliance, workmanship, materials, defects and recommendations”.

Paul Everall is chief executive of Local Authority Building Control (LABC), the body that represents all building control teams in England. For him, clerks of works are an essential conduit between construction sites and Building Regulations, ensuring that the former comply with the latter. “Our inspectors may do 10, 20 site inspections during the life of a project, but we can’t be there to look inside every wall, floor and roof or piece of insulation before they’re sealed. With regard to quality, clerks of works are a pair of constant eyes and ears on site.”

Why did use of clerks of works decline?

Despite their lower numbers, Morris is keen to point out that reports of the death of the clerk of works have been greatly exaggerated. “They never entirely disappeared. In the 1990s we had around 3,000 members, but even today we still have around 1,000.”

So, why the decline? For Morris it was a combination of the 1990s recession, local authority changes and an ageing workforce.

“In the 1980s and 1990s councils introduced managed services, thus replacing local authority housing departments, which were once huge employers of clerks of works. The recession made the situation worse – and when the economy recovered, the industry wasn’t ready. Those clerks of works who had been working beforehand had gotten older and simply weren’t replaced.”

The advent of the landmark construction industry reports by Sir Michael Latham and Sir John Egan in the 1990s might also have hurried the demise of the clerk of works. Both called for a less adversarial and confrontational building industry, an ethos mirrored by the subsequent growth in use of partnering contracts. Coupled with the growth of design and build contracts, where the role of the client who once appointed the clerk of works is essentially assumed by the contractor, this new emphasis on collaboration was considered by some to be incompatible with the more authoritarian hierarchy suggested by a client-employed clerk of works role.

”It would be in the client’s interest if we could reintroduce the clerk of the works. But this would require clients going back to being as concerned about quality as cost and time”

Why might the clerk of works be making a comeback?

Derwent London’s Baldwin neatly sums up why the use of clerks of works may be on the rise. “I have been in the industry for 40 years, and I’m fed up with poor workmanship. Margins in the construction industry are getting squeezed, and subcontractors are suffering labour shortages. We see the clerk of works as another pair of eyes and ears on what’s happening on site.”

It’s a sentiment mirrored by the LABC’s Everall. “I deeply regret the passing of the clerk of works, and we definitely support their wider use. The culprit has been quality; it’s been squeezed out by time and cost. Too many people are dissatisfied with the quality of new homes, and something needs to be done. Clerks of works could be part of the answer.”

Of course the issue of housing quality has recently been brought sharply and tragically into focus by the fire at Grenfell Tower. While the causes of this are the matter of an ongoing inquiry, connections have already been widely made between the tragedy and potential shortcomings in the content, clarity and application of the wider regulatory system that sanctioned the building’s refurbishment.

For Everall, a clerk of works could assume the critical role of carrying accountability, which could ensure standards are followed and quality is maintained. “Of course the Building Regulations should and could be clearer: this applies particularly to Approved Document B (Fire). But one of the other problems with the current regulatory system is that responsibility rests on ‘the person carrying out the works’, and it is not always clear who that is – client, designer, contractor etc.

“In our submission to the Hackitt review, we have argued that an ‘accountable person’ on every site should be required to be nominated, with whom building control could liaise to ensure all requirements would be met. That could be a specified clerk of works.” 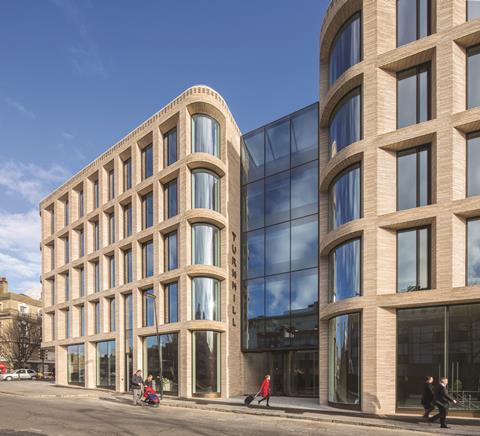 Derwent London used a clerk of works on its Turnmill Clerkenwell scheme, designed by Piercy & Co, which was shortlisted for Building of the Year in the Building Awards 2016

How might clerks of works be integrated back into the modern building industry?

Of course today’s building industry is very different from the one that clerks of works left in their droves 20 years ago. Multiple new procurement routes have blurred the lines of contractual responsibility, and BIM has presented infinite new variations with regard to accountability, management and co-ordination.

While AHMM director Simon Allford has welcomed the resurgence of clerks of works, wisely maintaining that “the roots of a better future can often be found in the past”, Cullinan Studio senior partner Robin Nicholson urges a degree of caution: “As a young architect I learned a lot of the practicalities of construction from clerks of works, but I think we want to go back to the future – rather than just back – and see whether there isn’t some role that would manage the quality of the product alongside the BIM models that look as though they may rapidly get out of date following handover.”

But were clerks of works able to navigate the new BIM landscape, they would still find themselves within a procurement infrastructure radically altered from that of the 1990s. By turning the contractor into the client, design and build virtually made the client-employed clerk of works redundant overnight. Within such a procurement framework it might be difficult to envisage the clerks of works of yesteryear stepping back into the same position of responsibility they enjoyed in the past.

However, Hickton’s Mobbs firmly believes the clerk of works role is an eminently adaptable one that can easily be inserted into any contractual agreement. “If you looked at the heyday of clerks of works, it was when the use of JCT traditional contracts was widespread. Yet the clerk of works is never actually named in a traditional contract, so he or she doesn’t have to be in any other form of contract either.

From an architectural point of view, Cullinan Studio’s Nicholson claims that the reinstatement of the clerk of works will be determined by the client’s commitment – or otherwise – to quality, a relationship, he suggests, that might not be naturally prioritised within D&B.

“I think it would be in the client’s interest if we could reintroduce the clerk of the works. But this would require clients going back to being as concerned about quality as cost and time, and deciding that they would like their building to be built as designed and not to an apparently cheaper approximation. The irony is that the D&B product often becomes as expensive as the original design, due to the client off-loading unreasonable risk onto the contractor.”

It is a problem, explains the ICWCI’s Morris, that both her institution and the government’s Construction Industry Council are addressing. “There used to be government funded courses, and we’re looking to reintroduce some kind of formal examination structure that leads towards a properly funded clerk of works qualification.”

But while the number of formally recognised clerks of works might be minimal, both Morris and Mobbs insist there is an unsung army of “site foreman, contracts managers and site inspectors” who are already fulfilling de-facto clerk of works roles and whose titles could be formally converted into a new designated accreditation.

And what of the post-Egan non-adversarial building industry we now supposedly inhabit? Is there a place for a clerk of works within that? “Undoubtedly”, insists Everall, “while you could say that building control is still a potentially confrontation process, if you have a clerk of works in place who understands the regulations inside out then that lessens the chances of aggression – it doesn’t increase them.”

Morris agrees. “Historically the clerk of works was part of the client team and was only involved on site. But if they’re incorporated from the very start of the process, then there’s no reason why they too couldn’t engage in the spirit of collaboration that we’re all trying to achieve.”

But if clerks of works are to return in any sizeable number, it is likely to be the more pragmatic result of their proven ability to mitigate the building industry’s perennial bogeyman: risk. “They’re an insurance policy against problems,” explains Mobbs, while construction legal expert Tony Bingham assesses their appeal even more bluntly: “If you want to avoid trouble, get yourself a clerk of works.”