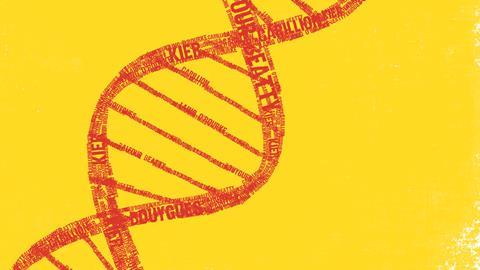 How are the top five contracting firms in the UK changing to function in the harsh economic climate?

Arecent analysis of major contractors by KPMG contained a stark message for the sector. The Construction Barometer report looked at the profit margins of 14 of the UK’s largest firms. It revealed that, for a while, they resisted the recession and that margins actually rose between 2007 and 2010 as firms cut costs and took advantage of jobs secured before the downturn. However, the situation since 2010 has been a different story: there has been sustained margin erosion as the majority of pre-recession contracts reached completion. The report warns that this means the major contractors must now take “urgent” action to reduce costs.

“Just a quick look at the development of margins in the last two years confirms the urgent need for further cost efficiency and restructuring across the industry,” says Richard Threlfall, KPMG’s head of infrastructure, building and construction. “Unless action is taken now the thin margins of 2007 will seem generous by comparison to what the industry may be facing.”

So how are the biggest players responding to this harsh new environment and what more could they be doing? Here we take a detailed look at the state of the top five contractors by contracting turnover, as ranked by Building’s recent Top 150 listing, by asking leading analysts to assess the state of their businesses and examine how radically they need to change.

Tony Williams, chief executive, Building Value
If Balfour Beatty has done something right it has been expanding in the United States with the £400m acquisition in 2009 of Parsons Brinckerhoff, the design services giant.

The more geographies you are in, the more this should help to smooth the earnings curve, and the firm has also established very useful presences in south-east Asia and the Middle East, with new target geographies in Australia, Canada, South Africa, India and Brazil.

As well as adopting a sharper focus on infrastructure work, it has also morphed from agent to principal by becoming an investor in PPP projects. In 2010, it launched a cost and efficiency drive to save £30m by this year - and is on target to do so.

Just this month, too, Balfour Beatty said that it was “exploring strategic options” for its UK FM unit - one of these options, of course, could be a sale. And, in January it announced that it was parting company with 51-year-old chief executive, Ian Tyler, after eight years in the job and 16 with Balfour. Tyler’s deputy and group chief operating officer Andrew McNaughton will take the helm on 1 April. Nothing stands still here, which I think is a very good thing.

I’m not sure what more Balfour Beatty could do.

Anonymous*
This notoriously publicity-shy company’s practice of direct employment saw it make massive redundancies after the 2009 crash in the Middle East and reductions in the European business since. An overall headcount of 35,753 in 2009 has now fallen to 14,747 - a drop of nearly 60%.

Laing O’Rourke is now also looking at where it can make further cost reductions and expects the full benefit of these measures to be realised in 2013/14. Although margins have held up in the UK, the firm reported a £39m loss in its rapidly growing Australasia business last year and the firm’s order book has remained flat, at around £8.2bn over the past three years.

Laing O’Rourke has successfully targeted infrastructure schemes in the UK and abroad in recent years and continues to have an enviable record of winning prestigious construction projects around the world. But prestige does not always mean profit and some things - ambitious expansion at a difficult time in the industry and senior management changes - have concerned observers. If it were a quoted company, I would be enquiring about whether the group is chasing too many major jobs in too many countries; management reporting and risk controls and fixed costs. Cash control, too, is important for a company with such a high level of revenues.

*As Laing O’Rourke is a private company and not formally tracked by city analysts, this analyst asked not to be named.

Back in 2009-10, Carillion made a strategic decision to downsize its UK construction business by around a third by 2012 and has played this cycle better than most.
But Carillion is now at a crossroads. Does it:

a) Hold the new status quo, which means getting back into the market to rebuild the order book, thereby accepting that this almost certainly brings in a lower margin workload than it has been enjoying for the past three years?
b) Attempt to re-grow the division? That looks financially untenable - unless it acquires a contractor or two?
c) Downsize the business even further, since the short-term pressure on revenue remains negative? The problem is that it will be expensive to cut again and cash balances will shrink faster.

In the short term, I believe it will go for the first option and that this is the only sensible thing. Because of the circumstances of the market, I don’t think it’s the time to take a bold decision. To retrench significantly further to say, £800m of UK revenue, would risk Carillion becoming marginalised within the industry’s top players. This, in turn, risks losing some of its skill base and the key relationships that support its wider activities.

Carillion declined to comment ahead of its interim results on 27 February.

Construction is just one element of Bouygues, but it is a critical one and the construction division’s latest results looked encouraging. However, compared with some of its giant international rivals, the construction division’s activities are heavily dependent on its home market: France accounted for 55% of the order book at Q3 and
65% of incoming orders. This leaves the company conspicuously exposed to any contraction in French building or infrastructure spending. Nagging worries persist about whether France could succumb to the eurozone’s woes, while wrangling about the EU’s budget could threaten French investment.

Bouygues’ response would seem to be further expansion abroad. So far, UK expansion has appeared deliberately gradual and the best opportunities would appear to be in Asia and the Middle East, which account for 18% of the order book.

Bouygues could reduce dependence on France further either through taking on more work abroad or by becoming more selective on what to bid for at home and what margins to accept.

More generally, Bouygues appears big enough and technically competent enough to stand firm on pricing, but like its smaller competitors, still needs to keep a tight rein on costs.

Andy Brown, construction and support services analyst, Panmure Gordon
Kier does have a strong balance sheet along with the potential to generate additional cash from its property and housing portfolio. This positions it well relative to its peer group.

The group also has a strong reputation for being soundly managed but that will not fully protect it from growing cost and margin pressure. Less work and customers flexing their buying power will see the margin drop to around 2% this year. Its presence, however, on a large number of frameworks (which make up about 60% of its revenue) as well as broad infrastructure expertise gives the group good short-term project visibility.

I expect further efficiency initiatives to be delivered. There is scope to reduce the number of regional offices through relocating some or all of divisions under one roof. There is also scope to bundle more of its divisional activities together, which would spread the cost further.

Finally, it is important that the group retains its broad national presence to ensure it is well placed for when spending picks up again.

Kier declined to comment ahead of interim results later this month.