With the critical shortage of school places likely to be a hot political topic in the run-up to the general election, Ike Ijeh reports on a growing trend for housebuilders to build the schools themselves 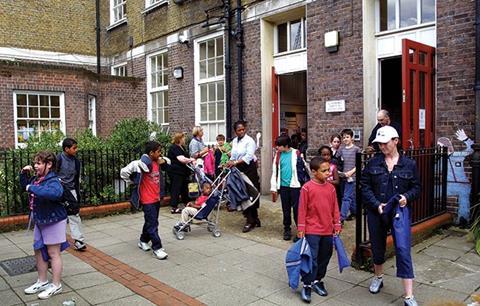 In the run-up to the general election, school places may emerge as one of the most hotly contested political issues. Depending on which statistics you choose to believe, the shortage from one area to the next is either acute or non-existent. But there is one region of the country where the problem cannot be disputed: London.

According to London Councils, the apolitical representative body that lobbies on behalf of London’s 33 boroughs, 133,000 additional school places will be needed in the capital by 2018, almost a third of the figure required for the whole of the UK.

Even more troubling is the expected increase of 1 million school pupils across the country predicted by the National Audit Office over the next 10 years. In London, it is expected that many boroughs will fail to meet demand for school places over the next few years.

The demographic reasons for this shortage are obvious and they largely centre on higher birth rates and a growing population. The economic explanation is not entirely different to that which afflicts London’s equally constrained housing market. At its simplest, inexorably rising land value and the fact that in real terms, London property prices have risen by an astonishing 389% since 1983, have meant that unit costs for building schools in the capital have spiralled.

But the political explanations are slightly more contentious. Some cite the 34% reduction in central government’s local authority funding; others blame fiscal largesse and mismanagement within local councils. Whatever the reason, a way out of the crisis has proved elusive.

But a solution of sorts may emerge from the unlikeliest of sources: housebuilders. St Edward is part of the Berkeley Group, one of the biggest housebuilders in the country. It is currently constructing a new school in Kensington in central London which is part of its wider Warwick Road masterplan, the redevelopment of a former government offices site into 1,000 homes by 2019. 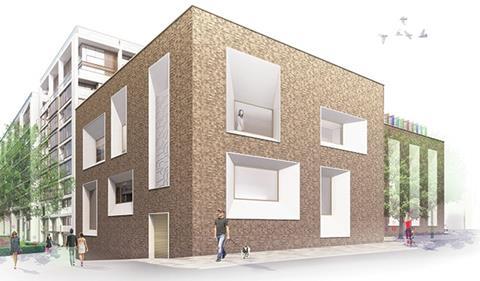 The unusual aspect is that St Edward is building Warwick Road primary school itself, rather than making a funding contribution via a Section 106 agreement. The school will provide 210 primary school places as well as a further 26 nursery places and is part of a wider Berkeley Homes programme to deliver four other schools and 2,000 school places across the capital.

While Section 106 is commonly used as a statutory mechanism to extract public gain from private development, it is normally exercised via developer contributions to sources such as infrastructure, leisure, public realm or social housing rather than a direct housebuilder commitment to build a school.

Housebuilders building schools may sound like an oxymoron but Berkeley Homes are not the only residential developers who have ventured into schools construction of late. In September 2011 Redrow London built the ARK Atwood Academy, a two-form entry primary school in Westminster, as part of a planning agreement relating to a neighbouring residential scheme.

Another housebuilder, Dorchester Living, has built the Heyford Park Free School, which took its first intake of pupils in 2013 and will accommodate 840 four- to 19-year-olds by 2019. This school was also procured as part of a planning agreement relating to Dorchester Living’s wider Heyford Park masterplan, a 763-unit residential development built on a former RAF airbase. Other housebuilders, like Persimmon, have also built schools directly in the past.

Furthermore, not all examples of housebuilders building schools are driven by Section 106 agreements either. Places for People is a unique model of residential developer that delivers housing and regeneration across the country with a social and community focus. So as well as owning or managing over 148,000 homes, they have also built leisure amenities, transport links, healthcare facilities and schools.

So could housebuilders help plug the current school places shortage gap? Paul Vallone, executive chairman of St Edward, thinks they could have an important role to play. “We are increasingly seeing local authorities requesting the construction of new schools as part of our Section 106 requirements, as a direct result of the demand for school places, especially within London,” he says. “As education remains at the top of the agenda for authorities, we would expect this to continue and welcome the positive contribution schools bring to local communities.” 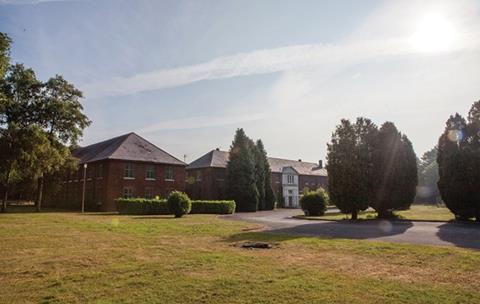 Heyford Park Free School is another example of a school built directly by a housebuilder, in this case Dorchester Living

The House Builders Federation, the lobbyist group that represents housebuilders’ interests, echoes these sentiments, as their representative Steve Turner explains: “This is something that’s happening more and more. As education and school places become a more prominent concern, it’s a natural innovation that housebuilders will become more involved in building them directly as well as making a contribution.”

Turner also refutes any suggestions that housebuilders will be ill-equipped to build schools as opposed to homes. “Some housebuilders may choose to outsource but many will simply adapt to whatever diverse requirements the local authority demands,” he says.

Turner, however, does sound a note of caution. “Contributions have to be balanced,” he says. “Local authorities can’t be reliant on housebuilders to provide school places and there has to be an understanding that money spent on building schools might have to come out of that which might have been allocated for roads or housing. If the demands are too high then the site won’t support it. Housebuilders can’t be expected to provide everything; local authorities will need to prioritise what they want.”

The issue of prioritisation is a key one for local authorities and touches on a significant concern they have when it comes to the housebuilders providing school places. London Councils, while welcoming any expansion of school places, is sceptical about whether it is the right solution for the shortage crisis, as a spokesperson explains:

“It’s a sound idea in principle. It would need to be considered on a case-by-case basis in close conjunction with local authorities. But it avoids the main issue. By far the critical, overriding concern for local authorities isn’t just the number of new school places; it’s making sure they’re in the right place to meet local demand.

“All new schools must now be free schools or academies but we’ve already seen instances where they have been built in locations where they are not required to the detriment of other areas where they are. While a housebuilder might not be best placed to determine the level or nature of local need, local authorities are. However, local authorities are stuck in the paradox of being legally obliged to provide a school place for every child in the country, but we can’t build new schools and we have absolutely no input or control over where new schools go.” 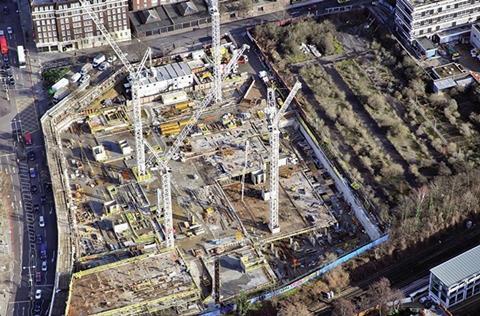 Warwick school will be part of the Warwick Road masterplan, a development of 1,000 new homes

For local authorities the problem is more nuanced than that of just capacity or funding, their concerns go to the heart of the debate about the level of influence and control local authorities should exert over local education. Clearly, this is also related to the issue of where schools are located, which might not necessarily be convergent with a housebuilder’s masterplanning priorities with regard to new housing developments.

The location challenge is one also acknowledged by Marcus Fagent, education sector lead at construction consultant EC Harris, who believes that it is the relative scarcity of inner-city development sites that is partially responsible for driving housebuilders’ growing willingness to integrate schools onto their schemes.

“In urban areas, where the pressure on school places is greatest, the problem is becoming as much about the lack of suitable sites for new schools as the lack of funding,” he says. “It is inevitable therefore that schools will have to be built on integrated developments with commercial property, with residential being the most likely complementary development.”

Fagent also envisages that increasing developer involvement in the construction of schools might lead to a radical reinvention of their commercial status.

He says: “Our view is that developers will be building schools, and we are working on schemes that are looking at how this can be done for best value. In due course developers may rent school space to school operators in the same way as commercial property as this may offer better value and flexibility for both landlord and tenant.”