‘We’re going to tell people this is what happened to us... 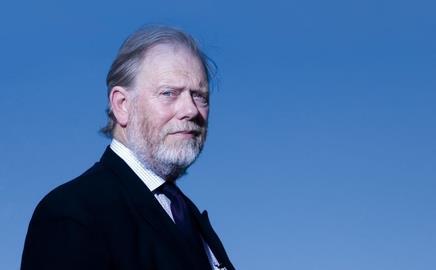 ...and watch out, because it could happen to you, too’

After the fatal crane collapses in London and Liverpool, all eyes turned to crane hire company Falcon. Until now, Douglas Genge, its managing director, has declined to comment on the effect the accidents have had on him and his firm. He tells Dan Stewart why it’s time he spoke out

‘This has been the worst eight months of my entire life,” says Douglas Genge, with a mixture of sadness and resignation. He’s not exaggerating. Genge is managing director of Falcon Crane Hire, the company that owned the tower cranes involved in fatal collapses in Battersea last September and Liverpool in January. Three people died and the public and the industry naturally suspected that the cranes may have been to blame. As a result, the company is a changed place, he says, with employees still undergoing counselling.

The accidents drew nationwide headlines and woke the country up to the threat looming above workers and public alike. This is what inspired Building’s Safer Skyline campaign to tighten up standards on tower cranes. The campaign has won widespread support from across the industry and from the 65 MPs who signed an early-day motion calling for the setting up of a public register of all cranes.

Throughout all this, Falcon has turned down all requests for interviews. Genge, a softly spoken man, is understandably nervous as he breaks his silence to speak to Building.

The Health and Safety Executive (HSE) investigation into the Battersea and Liverpool collapses is continuing, and Genge is reluctant to talk about why he thinks the accidents happened.

“Of course there are things we have investigated – we are engineers, we have our own personal thoughts on the subject. But until the HSE report, I don’t think I should comment.”

Whatever it was that might have caused the accidents, it is clear that something was wrong with the health and safety set-up at Falcon. The whole fleet was grounded after the Battersea collapse, and it received another improvement notice from the HSE in March.

The company owns 220 cranes, 20% of the UK market. Among its workforce of 320 people, it employs four inspectors who, at the time of the accidents, were visiting each crane every 12 weeks.

I think there’s a sense of, ‘There but for the grace of God go I’. People have been supportive of us

Since the accidents, Falcon’s inspections rota has been held by a central office that checks up on inspections and makes sure they come back in immediately. But Genge admits the company has not always kept such a tight rein on safety. Inspections may have been done, but the company’s grip on paperwork was shaky. Reports were not always filed on time, which meant dangerous flaws did not come to light.

“We didn’t chase them as well as we should have done,” concedes Genge. “The stuff always came in, but it could have come in this week, that week, next month. It was a bit slack, and we’ve tightened up on it.” If a serious fault was ever found, he says, it would be flagged up immediately.

Falcon received its first prohibition notice in December, when an HSE inspection revealed a loose bolt on a tower crane. Falcon’s own inspector had picked it up but went on holiday for a month without delivering the report to his bosses. The loose bolt was rectified within 24 hours, says Genge.

“It wasn’t a particularly bad fault, but it should have been reported. But he didn’t do it. We identified the problem, we identified the flaw in the system, we closed it off and it didn’t happen again,” he says. The inspector in question has since left the company.

Genge promises that he has turned things around. Falcon has doubled the rate of independent inspections to every six months, and cut down the time between internal inspections to eight weeks. It has started to monitor the use to which each crane is being put, so it can increase inspections if a particular crane is under a lot of stress. Last week it achieved ISO 9001, a standard for quality management audited by a third party.

“We think that if we inspect and maintain our cranes on a much more regular basis we should eliminate the possibility of unforeseen accidents,” Genge says. “Whether that would have proved advantageous in Battersea and Liverpool we just don’t know.”

Regular inspection is now the cornerstone of Falcon’s safety regime, but Genge says he is concerned about the level of experience held by independent inspection companies. It was reported to the HSE that 10% of Falcon’s cranes had Category A defects, but Genge has publicly questioned aspects of the inspections that took place after Falcon’s second prohibition notice, served in January.

“Some people overreacted and got it wrong, some people didn’t really know what they were looking at and got it wrong, and admittedly some people were correct,” he says. Although he is quick to say they were all qualified, competent inspectors, Genge expected a higher level of experience. One inspector had come to Falcon after inspecting hospital beds the day before, and another had never climbed a tower crane before.

“I’m only interested in having cranes inspected by people who know precisely what they’re doing,” says Genge, firmly. “I don’t want to hear someone saying that was my first time up in a tower crane, what a nerve-wracking experience. I want somebody who comes from an engineering background and who understands tower cranes.”

Genge worries that this lack of experience with tower cranes means inspections are not being carried out properly. He gestures out of the window at the forest of cranes looming over the London skyline: “If all the cranes around here need to be inspected once or twice a year, it’s extremely doubtful whether there are enough inspectors in this country of sufficient qualification to do it.”

I don’t want to hear an inspector saying, ‘That was my first time up in a tower crane, what a nerve-wracking experience’

It’s obviously something Genge feels extremely strongly about, and he is eager to sign up to the Safer Skyline campaign, although with a few provisos. He supports an urgent HSE blitz on cranes, but says it doesn’t go far enough: “What we ought to be doing is following the French and the Dutch, and having a state inspection scheme whereby the inspector comes every time the crane goes on site.”

An MOT on cranes over 10 years old would be welcome, but he claims Falcon’s previous accident records suggest there is no more likelihood of an accident happening on an old crane than a new one if the testing regime is sound. “I don’t think that will stop future accidents. I think the more likely thing is to increase the frequency of inspections, and to try to keep a check on the use of cranes.”

Genge wholeheartedly supports the introduction of a public register of crane inspections. “It’s an excellent idea,” he says. “We’d sign up to it immediately.”

Genge says his competitors have been extremely supportive of Falcon since the accidents happened. “We’re actually a close bunch,” he says. “Sure, we fight like cats and dogs over contracts, but I think there’s a sense of, ‘There but for the grace of God go I’. People have been supportive of us.”

He insists that Falcon has not lost too many clients, and that “95%” still trust the company. “Obviously we have lost some customers but the longevity of our client base is high,” he says. “We’re not cowboys. You don’t last 30 years in this industry by being a cowboy. People are very pleased that we got the ISO 9001. We think we’re on the right track.”

Building launched the Safer Skyline campaign in January after the second fatal crane collapse in four months. Both cranes were hired from Falcon Crane Hire.

In the same week Building launched the campaign, Falcon was served with a prohibition notice grounding its entire fleet until safety inspections were carried out on every crane.

We won the support of the major trade unions; contractors such as Bovis Lend Lease, Carillion and Balfour Beatty; and construction bodies such as the Construction Confederation and the United Crane Operators Association. Martin Linton, MP for Battersea, tabled an early-day motion in parliament supporting the campaign. It has so far been signed by 65 MPs. The campaign was brought up in a Westminster debate on fatalities in the construction industry.

Posters urging workers to call for greater crane safety were distributed to building sites across the UK. They’re up on projects such as Heathrow Terminal 5 and Paradise Street in Liverpool, and on sites in Bristol, Newcastle, Manchester and Scotland.

For more on the campaign, log on to www.building.co.uk/saferskyline