What to specify: BIM

A range of BIM objects have been released including an update on a sketching app that allows customers to pan and zoom simultaneously, and the completed range of Rhinoceros software 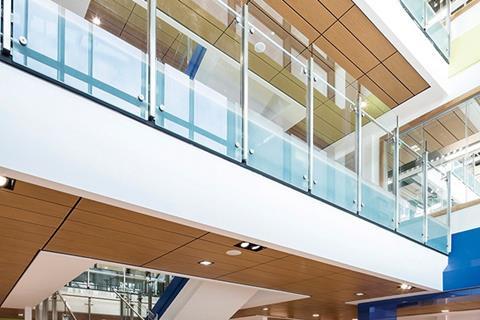 Metal and mineral fibre systems from Armstrong Ceiling Solutions were specified for a new teaching block at Ystalyfera Welsh Medium Comprehensive School. The building was designed to BREEAM “Excellent” and BIM Level 2 standards. Around 2,000m2 of Armstrong’s D-H 700 microperforated metal hook-on canopies, Axiom Knife Edge canopies with Ultima+ tiles and MicroLook 8 wood-effect metal tiles were used throughout the building. The D-H 700 metal hook-on canopies with acoustic fleece and Perla 600mm x 600mm mineral fibre tiles were installed in classrooms and the Axiom Knife Edge with Ultima+ Vector tiles were used in other areas of the school.
Armstrong
www.armstrong.co.uk

New products from the Marley Alutec Tudor downpipe range have been used at Moreteyne Manor, a traditional Tudor property in Bedfordshire, to replace a PVC system that had discoloured due to old age. The company has recently added a 102mm pipe to the range, which is available as BIM objects and can be downloaded from the company’s website. Manufactured from marine grade aluminium, the range is corrosion resistant. Marley Alutec’s Tudor downpipes are available in both a 63mm and 76mm circular size and come in 24 colours.
Marley Alutec
www.marleyalutec.co.uk 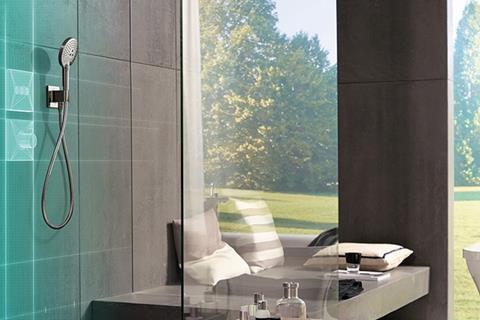 The Hansgrohe Group has made its BIM data available for both its brands, AXOR and Hansgrohe. The BIM models are depicted on an LOD 300 level of detail. Data is supplied in the six established formats: Revit, ArchiCAD, AutoCAD, SketchUp, IFC and 3DS. It uses BIM to make geometry and attribute data available for fixtures, mixers, showers, shower systems and installation technology. The data can be downloaded from the manufacturers or from BIMobject for the AXOR brand.
Hansgrohe
pro.hansgrohe.co.uk

Export plug-in for Rhino
Datakit has launched a Solidworks export plug-in for Rhino, completing its range of plug-ins for the Rhinoceros software. This new extension allows Rhino users to save their models as .sldprt and .sldasm files, the native formats of Solidworks software. The plug-in uses Datakit’s writing technology, which the company says means users don’t need to get a Solidworks license or to install Solidworks in order to use the product. It says the add-on is ideal for Rhino users wanting to exchange their models with Solidworks users, as bidirectional exchanges between these two applications are possible.
Datakit
www.datakit.com

Scale-aware sketching app
Open Screen has released an update to its scale-aware sketching app on iPad, Archisketch 2.5. Customers can now pan and zoom simultaneously in the drawing environment, and duplicate projects with email sharing, modify and move entire groups of shapes. The update also includes an improved two-point perspective grid layout and a modernised projects system. The Archisketch Freehand tool works with the sensors in the Apple Pencil, which the company says accurately measures pressure and tilt for a natural drawing experience. The Archisketch 2.5 update requires iOS 10 or later.
Archisketch
archisketch.eu/V2/

New BIM files
Marley Plumbing & Drainage has recently created 106 push-fit and solvent soil BIM files, as well as 47 solvent waste files. These can be accessed on either BIMstore or via the Marley website. The company has grouped the files together rather than creating individual objects in order to make the downloading process quicker and easier. The company says it decided to create a larger variety of BIM files for its most popular products to help its customers meet the government’s demands.
Marley Plumbing & Drainage Solutions
www.marleyplumbinganddrainage.com

Extended BIM data portfolio
Duravit has expanded its BIM data portfolio and is now making more than 150 BIM files available for architects, planners and the sanitary, heating and air-conditioning trade. The designer bathroom manufacturer wants to promote the development of integral planning in the construction industry, based on the BIM method, which is already required for public projects in the US, UK and Spain. It says digital planning should lead to greater transparency in the construction phase and to lower operating and maintenance costs later.
Duravit
www.duravit.com

Updated objects
Boon Edam has announced it has released updated BIM objects on its two latest product releases; the Swinglane 900 Wide and the Speedlane 900 Wide. The Swinglane 900 is a fail-safe security barrier composed of slim, stainless steel cabinets, a glass swinging door wing and an advanced sensor system. The Speedlane 900 can be easily integrated with almost any access control system and a high capacity throughput of 30 people per minute can be achieved due to the design of the quick sliding motion of the door wings.
Boon Edam
www.boonedam.co.uk 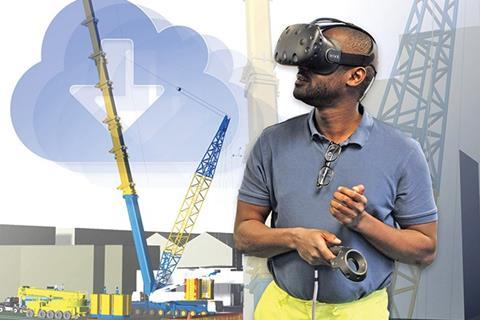