Get construction contracts in writing 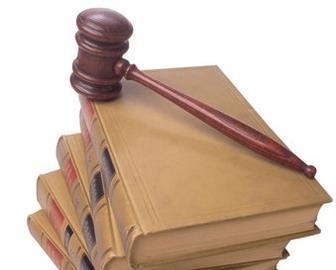 Statutory adjudication was introduced by the Housing Grants, Construction and Regener-ation Act 1996 to promote a faster cash flow down the contractual chain. Proposed amendments to the Act, included in the Queen’s Speech in November, aim to enhance cash flow management in the construction industry.

The adjudication provisions only apply to construction contracts in writing. A contract “in writing” is defined as an agreement: made in writing (whether signed or not); made by exchange of correspondence in writing; or evidenced in writing.

On occasion, a party believes it has a contract that meets these requirements but an adjudicator holds that he does not have jurisdiction to hear the dispute or, even if he agrees to make an award, the court then refuses to enforce it. The recent decision in Allen Wilson Joinery Ltd v Privetgrange Construction Ltd reiterated the requirement for all of the contractual terms to be in writing.

The case concerned an application by a sub-contractor for summary judgment to enforce an adjudicator’s award against a contractor. The parties had entered negotiations for the supply and installation of a staircase and the contractor had provided plans of the location. The subcontractor responded by email with a budget quotation describing the works in more detail, the materials to be used, and the cost of producing and supplying the staircase. The email also stated that a final contract sum would need to be agreed when full details were available and a site survey had taken place.

The contractor refused to pay the amount awarded and the subcontractor applied for enforcement. The contractor contested the application, repeating its arguments that various terms of the contract had only been agreed orally. These matters were:

a) that the contractor would design, as well as construct, the staircase; b) that completion would occur within 12 weeks of commencement; and c) an implied term, arising from the parties’ previous dealings, prohibiting subcontracting. The contractor also referred to the statement in the email confirming that a final price was to be agreed, arguing that the price had not been agreed in writing.

In refusing the subcontractor’s application, the court held that grounds a) and b) were factual issues, which should be tried to determine whether they had actually been agreed. If they had, they should have been evidenced in writing and, in the absence of such evidence, the contract did not meet the requirements of the Act and statutory adjudication would not apply. The court went on to confirm that neither ground c) nor the email confirmation prevented the contract from being effectively evidenced in writing, as it was not parliament’s intention to exclude a contract merely because it contained implied terms, and the parties had recorded their agreement to finalise the price and had proceeded on that basis.

Until parliament ends the requirement for construction contracts to be in writing, as proposed in the recent amendment Bill, if parties wish to use the relatively quick and cost-effective statutory adjudication procedure, they need to ensure their contracts are compliant with the Act.