A closer look at the housing upturn

For housebuilders, the current very good news on the ground has already been taken account of in share prices over the past two years 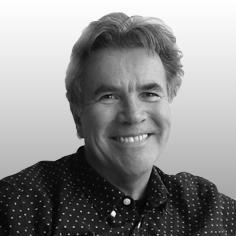 “I wouldn’t start from here” is the apocryphal travel advice from the farmer to the lost tourist asking directions to town (most probably in Ireland or, perhaps, Missouri).

The same is equally true for a traveller looking to invest in the US and/or UK housing sectors - as the current very good news on the ground has already been taken account of in share prices over the past two years.

Being sat in Las Vegas as I type this missive (midway through the Building Value World Tour 2013) I’m provided with a very current empirical view of the US residential market, while, in the UK, I am in my fourth decade of opining on the housing sector.

In terms of share prices, US housebuilders rose 81% last year and are up 17% in 2013 through to the first week in December (as measured by the S&P Composite Homebuilders Index).

Meantime, in the UK, housebuilders’ share prices rose 66% last year and are up 38% in 2013 to date (as measured by Building Value).

In October, purchases of new homes in the US jumped 25.4% to an annualised pace of 444,000, which was the largest one month surge since May 1980 (according to US Commerce Department data).

For the record, “new home sales” are logged when contracts are signed. This means that they are considered to be a more accurate barometer than purchases of previously owned dwellings, which are calculated when a contract closes.

The UK has not had to contend with higher mortgage rates yet but it will, perhaps at the end of 2014

In addition, applications for residential building permits reached a five-year high in October of 1.03 million annualised, which is the highest since June 2008 (albeit, at the market peak in 2005, builders began work on more than 2.2 million homes).

Turning to the UK, it is running behind its trans-Atlantic cousin and in the 12 months through 30 September total annualised housing starts in England were up 16% at 117,100.

What is important to note, too, is that the US has managed this outstanding performance despite rising mortgage rates and house prices.

Similarly, the S&P/Case-Shiller national home price index rose 11.2% in Q3 of this year from the same period in 2012, which is the largest year on year rise since Q1 2006.

The UK has not had to contend with higher mortgage rates yet (but it will, perhaps at the end of 2014) - but prices have been rising - albeit, again, they trail the US.

For example, the latest Nationwide data for November show house prices 6.5% higher than in the same month 2012, which means that the average house (or apartment) is now worth £174,566, which is the highest since April 2008.

That said, prices are still around 6% below the peak of the market in late 2007.

“The World is a book, and those who do not travel read only a page” - Saint Augustine