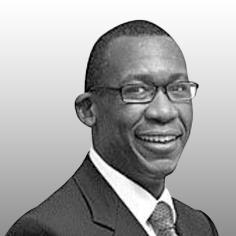 I haven’t seen The Wolf of Wall Street, but I recently revisited the original Wall Street movie and it’s - in my view - all too inferior sequel, Wall Street: Money never sleeps.

The rather unsubtle message from the protagonist in both films is that a moral code is for a particular type of person, invariably “suckers” or easily led and socially soft do-gooders. The meek might ultimately inherit the earth, but they’ll be trodden on, ignored and dismissed before they get that inheritance.

Housing feels a bit like that to me at the moment. There is no disagreement that housing is good and important; contributes to health and well being and that we want more of it. However, more homes isn’t great for superprofits. More homes means more choice for consumers. More homes creates a more competitive market place. If I’m greedy, that’s actually not what I want. What I want is government to provide a nice subsidy to first time buyers, to help me maintain and grow shareholder value and boost my bottom line.

Now I don’t actually think that the vast majority of the housebuilding sector is greedy, I actually think that it’s an industry that is very price aware and commercially savvy. Able to contract its operations rapidly during a downturn and gear up as the economy improves.

At the moment, it doesn’t feel as though the deal for the consumer is that fair

During the last recession the industry weathered a very difficult and bruising climate by being creative, inventive and resourceful in the range of products it offered and the approach it took to helping potential buyers to take the homeownership plunge. White goods, stamp duty payments, deferred deposit deals were all part of the offer. Hunger meant a relationship with buyers that had more equality to it. Buyers got a good deal and housebuilders still made a profit.

You don’t want to be hungry all of the time, but not having the world on a plate is no bad thing. At the moment, it doesn’t feel as though the deal for the consumer is that fair and if we have an interest hike and a house price correction, it might start to feel pretty unfair to those who might find themselves with negative equity and a pretty big mortgage to repay. At which point governments get even more interested.

It would be so much better if the market managed itself with reasonable profits and a reasonable offer to homebuyers.