What are garden cities worth? 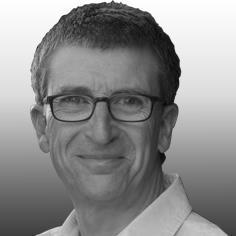 The UK housing crisis is well publicised. Most of us have heard a version of the government estimate that six million houses are needed in the next 30 years. This means a yearly production rate of 200,000 units - an ambitious goal as this rate has only been achieved twice in recent times: just before the 1990 recession and before the previous recession. For comparison, there were 107,820 homes completed in 2012-13.

Sadly, there is no silver bullet to solve the housing crisis and even a combination of measures is unlikely to meet the six million target. Various credible ideas have been put forward such as garden cities, brownfield site development and accelerated public land release. However, even if the relevant stakeholders manage to agree on an overall strategy, housing delivery will be compromised by the current supply side constraints which are affecting contractors’ ability to meet their workload.

The Wolfson Prize was awarded to Urbed’s proposal to double the population of existing historic cities such as Oxford from 200,000 to 400,000. Their proposed growth is based on well-connected satellite extensions on inaccessible farmland which is 20 minutes from the historic centre rather than creating garden cities in the middle of the countryside. Sadly, Brandon Lewis the housing minister dissociated himself from Urbed’s plan and said that he was against top-down eco-towns and instead would support bottom-up local plans.

Richard Rogers rejected Urbed’s idea of building on the greenbelt and argued that instead the majority of future dwellings should be built on brownfield sites in cities such as London and Manchester to benefit from obvious transport links and airports. Densifying urban hubs could potentially deliver 1.3m dwellings at low density on brownfield land, he claims.

A combination of innovative proposals such as those of Urbed and Rogers will do a great deal to alleviate the housing crisis. In addition, the HCA is intent upon unlocking a large amount of public sector land for fast track development. However, any one measure on its own is unlikely to be enough. Housing is already expected to be a key issue for the general election. It would be interesting to see if the main parties’ proposals are workable and sufficiently ambitious.

In the mean time, the procurement of residential projects is increasingly fraught as clients and their advisors deal with the implications of a rising construction market, skills and material shortages, lengthening lead times and delayed delivery. One of the big questions going forward will be whether the construction industry has capacity to deliver even if the policymakers get it right.