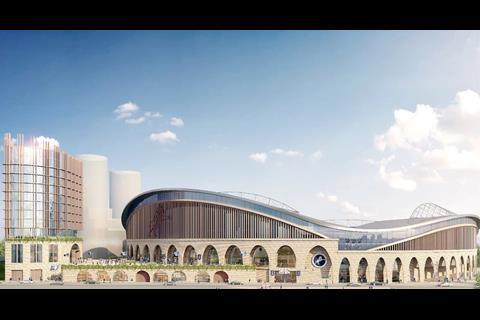 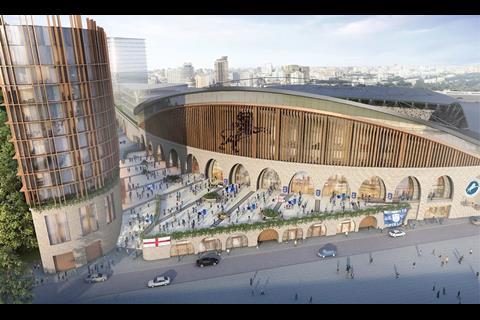 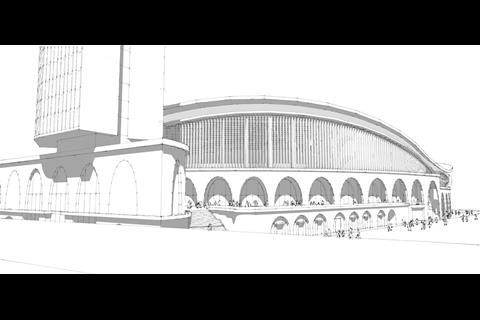 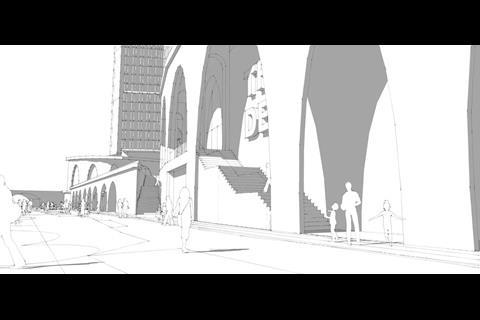 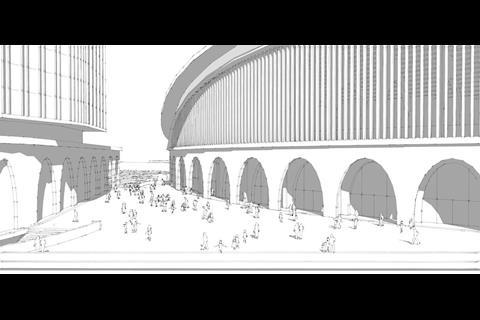 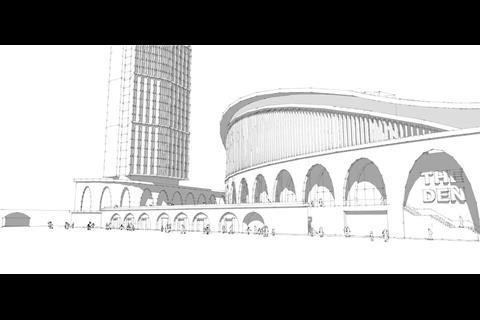 Millwall has revealed the designs for its new stadium after securing the land in an agreement with Lewisham council.

Designed by AFL Architects, which was appointed to the project last year, the new stadium will increase capacity from 20,000 to 34,000 and include a new public plaza, retail and commercial spaces and residential developments.

The mid-table Championship club’s stadium, The Den, had been threatened by a land sale agreement which allowed the freeholds of the land which the stadium occupies to be sold to a property developer.

Lewisham’s mayor has since ruled against the former agreement, though the plans are still dependent on a new lease approval from the council before they can proceed.

The stadium’s design reflects the industrial character of the nearby south-east London landscape, with the extensive brickwork arches surrounding the stadium base inspired by the Lions’ former home next to railway viaducts on the Isle of Dogs.