In the past 18 months, British Gypsum has been working with the Federation of Master Builders to develop the Plasterer Trailblazer Apprenticeships Standards. The new standards have the potential to bring more young talent into the industry, but must be managed carefully or their impact will be stunted. 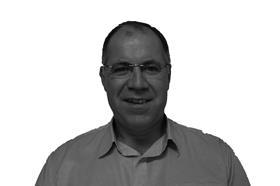 This week, students across the country will get their A-Level results and embark on a new phase in their lives.

For many this will mean moving to university, but with course fees rising, more and more young people are looking into alternative forms of higher education. In fact, new statistics reveal that university applications from young men are at their lowest for three years.

It’s part of a wider trend among school leavers who seem less inclined to go to university. The number of young people looking to undertake a university degree has dropped to around 2.5% lower than last year, according to Clare Marchant, head of UCAS, the universities admissions service.

This is good news for the construction industry, which continues to struggle to attract new talent. It’s important that the industry does its best to lure some of these school-leavers. The most effective way is to further promote apprenticeships, which combine education with hands-on working experience. However, there is still scepticism about the quality of construction apprenticeships and their compatibility with ‘real-world’ work.

That’s why, since 2016, we have been working with the Federation of Master Builders to create apprenticeships that better fit employers’ needs. These new apprenticeship standards will go live from September and we hope they will improve the quality and quantity of apprenticeships across the country.

The new standards are known as Trailblazer apprenticeships and have been developed with the help of SMEs. The training on offer is directly linked with employers’ needs and the skills required for work. For plasterers this means that all apprentices will have optional routes towards solid or fibrous plastering as their final qualification.

The new standards also recognise that plasterers adopt dry lining skills and techniques as part of their job. It’s an important move, especially in light of recent statistics from the FMB that state 66% of SMEs believe the overall quality of construction apprenticeships has fallen.

Making the standards a reality was only half of the battle and now it’s imperative that the industry ensures the initiative is implemented effectively. Whereas employers were at the forefront of developing the apprenticeships, the onus now falls on the colleges and training providers who will  deliver them.

As such, it’s essential that the industry continues to invest support and resources to those working with apprentices on a day-to-day basis. If the sector takes its eye off the ball now, it risks undoing much of the hard work that went into designing the courses.

With the new standards set to come into operation there is speculation that the level of planning and preparation has been inadequate. There are legitimate concerns that colleges and lecturers aren’t properly prepared for the impending rollout and that the level of teaching could suffer as a result.

As a company we have responded to this by pledging further assistance to those colleges, but it is important that other major figures involved in the process also follow suit.

Another area for concern in the delivery of the Trailblazer programmes is the duration of the courses. Most courses will be three years, which might prove too long in practice. The programme requires employers to financially support the apprentices, and bringing them through could become an expensive process.

Firms might reconsider investing into apprentices and look to spend the money elsewhere to get a more effective return. In doing so, the industry could once again adopt the short-term, inward looking approach that has hampered efforts to attract new talent in recent years.

The sector only needs to look at NVQs to see how this system often works in practice. The NVQ programme has greatly helped the industry. However most of those who undertake the courses only achieve a level 2 qualification. This is enough for a number of roles in the sector and allows students to move into full-time work far faster.

Alternatively, they can continue their studies to become more qualified, but ultimately the choice is theirs. The problems surrounding three-year NVQs offer an insightful and relevant case study for the construction industry to learn from when it comes to preparing the Trailblazer programmes. Ignoring these similarities could prove to be a significant error and one that the initiative will struggle to overcome.

We’re proud to have been involved with the Plasterer Trailblazer Apprenticeships Standards and believe the programme has the potential to be a massive success.

For this to happen it’s essential that those involved in the process ensure the standards are implemented effectively. In this moment the construction industry has a huge opportunity to attract young talent, which it must not miss.