Infrastructure: What’s in a name?

‘Infrastructure’ is the word on everyone’s lips at the moment, but how do you define it for contract purposes? For the most part, it might be best not to 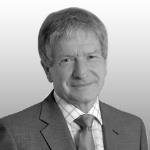 Infrastructure has become a topic of increasing importance as it is seen not only as essential to the well-being of our society but also as a significant means of promoting growth. Therefore it is not surprising that in recent years much money has been directed to that end. Perhaps what is surprising is the way we enter into contractual arrangements for such works not at the high level but rather at the construction level. Everyone now seems to be talking about infrastructure. But what does it really mean and how do we determine appropriate contractual arrangements for construction works?

Recently I overheard someone asking advice on what construction contract should be used on an infrastructure project. Although not wanting to pry I did hear mention of an infrastructure conditions of contract. Later that day I found myself pondering how I would have answered that question and was reminded of an excellent paper from Harvard Law School entitled Infrastructure: Defining Matters by Larry Beeferman and Alan Wain (2016). Although the paper was primarily concerned with pension fund investment its theme of understanding what infrastructure “is” or might be thought “to be” is also pertinent to the choice of a construction contract.

As Sir Rod Eddington, chairman of Infrastructure Australia, put it in the foreword to that paper, do different understandings of the term infrastructure confuse our attempts to decide what to do? I would suggest they do. For example, for some people infrastructure simply means civil engineering works as compared with building works which then suggests the choice is between an engineering contract and a building contract. For others infrastructure distinguishes itself because of the nature of its funding which frequently involves an overarching financial agreement that is separate and distinct from the contracts for actually carrying out the building work. Such distinctions are far too crude.

Infrastructure is sometimes described largely in functional terms, in terms of the uses of the facilities and services involved

From research it is evident that no single universally accepted definition exists and that many different definitions are used.

Infrastructure is sometimes described largely in functional terms, in terms of the uses of the facilities and services involved. Sometimes as economic infrastructure such as: roads, bridges, tunnels, airports, and so on, and on other occasions as social infrastructure, such as schools, healthcare and the like.

However, it is clear that schools, hospitals and housing are quite different from railways, defence and IT. Such consideration is important because if infrastructure is taken as a generic term or one whose definition is unknown, how can an appropriate construction contract be chosen?

If infrastructure is taken as a generic term or one whose definition is unknown, how can an appropriate construction contract be chosen?

In the conversation I overheard it was apparent that the infrastructure conditions of contract were seen as appropriate once the word infrastructure was mentioned by the questioner; the assumption being that they must be appropriate because the words match. Such an approach is wrong because what matters is the nature of the project itself, not whether or not it is described as infrastructure. For example, JCT contracts will be more suitable than some others, for many projects which fall under what is frequently described as “infrastructure”. But, obviously in order to be meaningful either the definition of infrastructure must be clear so that the specific nature of the work and projects involved are known, or we ignore the term when giving advice and only ever consider the specific project or projects. Until we have a precise definition it is probably best not to use it. There is no short cut to selecting the appropriate contract.

Therefore, whenever a consultant who has been asked for advice on the choice of construction contract hears the term infrastructure, that consultant must establish the projects involved and the precise nature of the work. The characteristics that exist in the nature of that work and how risks are to be apportioned must be determined. It is only then that one can make a judgement and properly advise.

Simply because a contract is termed an “infrastructure contract” or is stated to be suitable for public and private infrastructure projects is not sufficient. That is perhaps why JCT does not expressly refer to infrastructure on or in its contracts and why instead it provides helpful guidance in the contract itself and the associated guides as to their respective use across the width of construction activity.