The chief executive of Lafarge Tarmac has big plans for the newly merged materials giant. And he’s not going to let a little difference of opinion with the Competition Commission stand in his way 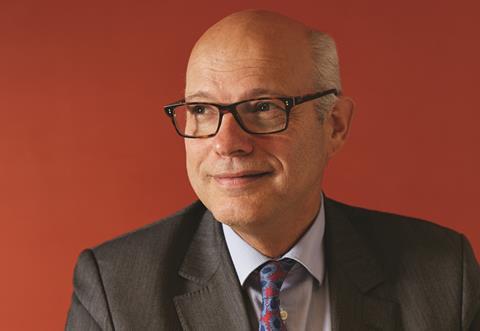 It wasn’t meant to be quite like this. When Cyrille Ragoucy took up the job of chief executive at the merged Lafarge Tarmac on 7 January this year, the messy business of dealing with the Competition Commission was supposed to be done and dusted. His job was to lead the integration of the two heavyweights, not to deal with the authorities. Unfortunately for Ragoucy, it wasn’t to be.

In a market already dominated by a few major players, the proposed merger of the French firm Lafarge’s UK businesses with Tarmac, owned by Anglo American, was always going to attract the Competition Commission’s attention. It has, after all, resulted in a company with a turnover just shy of £2bn, which holds the number-one spot in terms of producing and supplying cement, lime, aggregates and asphalt. Consequently, as a condition of the merger, the commission last year required that the company sell off Lafarge’s Hope cement plant in Derbyshire (it was bought by Indian steel magnate Lakshmi Mittal) as well as 177 far smaller ready-mix plants.

As I understand it, tacit co-ordination is just that you understand the nature of your competitors’ businesses

With the sales complete, the merger went ahead and the 50:50 joint venture formally launched at the beginning of the year, with Ragoucy in place as CEO. Then in May the commission announced it was to look again at how it could increase competition in the cement market, claiming that the lack of competition had cost the construction industry some £180m over the previous five years. Following its deliberations, in October the commission published a series of remedies, which included that Lafarge Tarmac would be required to sell off one of its five remaining cement plants in the UK.

A mild-mannered, insouciant man with a gentle French accent, Ragoucy doesn’t seem the type for intemperate outbursts. However, he is still visibly irritated by the commission’s decision. “We weren’t expecting it,” he says.

“We had agreed to do a merger on a certain basis and now we have the Competition Commission coming back at it.”
So, how does Ragoucy plan to deal with the challenges facing Lafarge Tarmac? Does he have any sympathy with the view that prices in the industry are too high? And how does he see his company developing in the coming years?

First off, the publication of the Competition Commission’s final report isn’t due until January after which Lafarge Tarmac has been given leave to appeal. “It’s a process we have to deal with,” says Ragoucy.

“It’s not final. They came back with provisional remedies. There is frustration around, but it’s ongoing.”

Until the outcome is finalised, he adds, Lafarge Tarmac will continue its day-to-day business. “The teams are still very focused on delivering what they have to deliver. We don’t take [the commission’s decision] into account with what we’re
doing today.”

However, the UK cement industry is overwhelmingly dominated by three big companies (although there have been new entrants to the market in recent years): Lafarge Tarmac, Swiss firm Holcim and the Mexican company Cemex. Does Ragoucy acknowledge that there’s a problem there? “No,” he says bluntly. “The Competition Commission is saying there’s no collusion, no price-fixing, that the market is working. They’re pushing a new concept - ‘tacit co-ordination’ - which has never been used in the past.”

According to the Competition Commission, tacit co-ordination is a lack of competitive behaviour between companies which arises “through implicit understanding between parties, but without any formal arrangement”. This, says Ragoucy, is far removed from the behaviour of a cartel, in which information is explicitly exchanged and prices fixed. “[In our industry] there is no exchange of information, nothing. As I understand it, tacit co-ordination is just that you understand the nature of your competitors’ businesses.”

Ragoucy says the backbone of the commission’s argument is that Lafarge has historically (the period the commission has studied runs from 2007-11) made a profit of 30%, which it judges to be excessive. But he denies this is the case.

“Over that time Lafarge didn’t cover its cost of capital and it lost 10% of market share,” he says. “If Lafarge was making 30% return on capital it would be known on the market and the share price would not be where it is.”

The result of Lafarge Tarmac’s appeal will not be known until next year and until then Ragoucy has plenty else to keep him busy. The integration of the two companies - together numbering some 5,500 people - is ongoing, although Ragoucy felt confident enough in its progress to begin the rebranding of the business in September.

That integration process has also taken place at a time when the wider construction industry has started to pick up, prompting complaints from developers, housebuilders and contractors alike that product manufacturers have been slow to increase supply and that delivery times and prices have risen accordingly.

“I understand the concern because I am talking to the customers as well,” he says. “[But] we can today deliver the market demand and our stretch is more on the logistics side. What we’re finding is that there is a bit of a stretch on rail. We’re compensating on road, although that has a cost for us, but we’re doing it so we can deliver on what we’ve promised.”
So, given the implicit and explicit restrictions placed on Lafarge Tarmac’s cement business by the Competition Commission, where is growth going to come from?

For Ragoucy, the answer comes in diversifying the range of products offered by the company and helping customers to see the benefits of its newer materials. In order for this to work properly, he says, the business needs to get involved at a project’s conception. “If we get in early we have the technical knowledge to change the way in which our customers are thinking,” he says. “We want to work with the architects way in advance.”

Of course, one of the greatest potential growth markets comes from environmentally sustainable products, which Lafarge Tarmac has been developing in recent years. But are customers ready to pay a premium for such products? “We’re starting to market our offer,” says Ragoucy. “We’re trying to meet with our biggest customers, telling them what we can offer, and they’re telling us what they need. We’re listening.”

Ragoucy also insists that costs to builders will be kept proportionate to the company’s costs. So although Lafarge Tarmac faces an uphill struggle with the competition authorities, Ragoucy must be hoping that the rest of the industry will be less hostile.