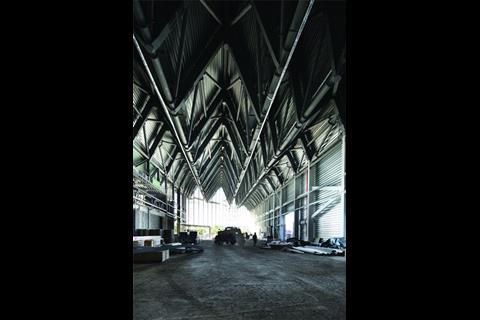 Structural steel lead times could fall from 12 weeks to nine. It’s unlikely that packages coming up will be as complex as Zaha Hadid’s Museum of Transport in Glasgow 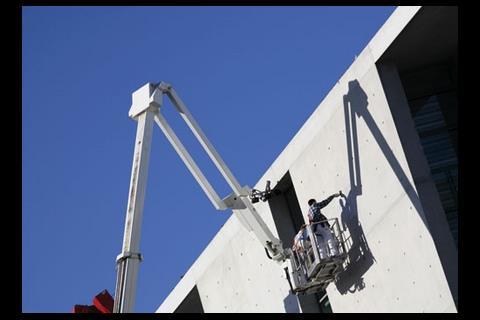 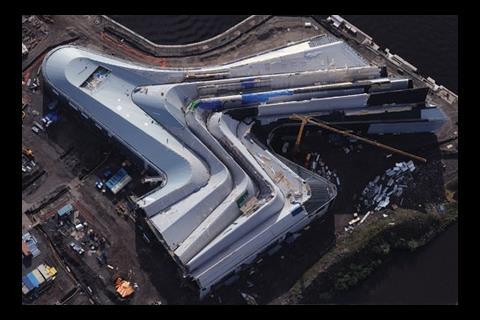 It looks as though the industry may be turning the corner. Most contractors are reporting an increase in enquiries and for the first time in a long time, a package actually increased. Brian Moone of Mace reports

Despite increased enquiry levels last quarter, rotary piling lead times remain at five weeks, the level they have been at for 18 months. Precast piling has remained at five weeks for more than two years.

As predicted last month, there has been no further movement in the lead times for concrete works , which remained at seven weeks. Contractors report that enquiries are up, but they do not anticipate any change.

Reconstituted stone cladding has remained at 21 weeks for more than a year. The rapid decline in natural material cladding over the past six months has stopped, and lead times are at 22 weeks for the third quarter in succession. Curtain walling systems have remained static at 27 weeks for the past 15 months, and metal panellised cladding has held steady at 27 weeks. Enquiries are up compared with the past six months, and contractors are reporting that they are busier.

Facade cleaning equipment lead times have fallen by three weeks to 30, having previously stabilised for two quarters in succession. Contractors have reported that enquiries are on the increase.

Demountable partitions have remained level at six weeks for the second quarter, the lowest level since our records began in 1999. Enquiries compared to six months ago are up.

Raised floor lead times remain static at six weeks; there has been no change for more than a year. Suspended ceilings have remained at 15 weeks.

Architectural metalwork has remained static at 12 weeks for more than a year. For decorative wall coverings the average lead-in has remained at four weeks for two years with no change forecasted. Internal stone floor and wall finishes have stabilised at 23 weeks. The lead times for soft floor finishes has levelled off at six weeks. Enquiries for the next six months are down.

Non-standard passenger lifts have stabilised at 26 weeks, although lead times for specialist lifts will be longer. Escalators remain at 24 weeks.

Electrical package lead times have stabilised at 14 weeks. Workload remains unchanged and enquiries are reduced compared to six months ago.

Mechanical packages have reported no changes in lead times, which have remained at 15 weeks for the past three quarters.

Despite forecasts that ductwork lead times would increase this quarter, they have remained at eight weeks for over a year. Contractors continue to forecast that lead times will increase over the next six months.

Controls have remained at 15 weeks and hard landscaping at eight. Logistics has stabilised at five weeks.

After a sustained reduction in lead times over the past year, most contractors are reporting an increase in enquiries and about half say they are busier than the past six months.

Data capture and analysis by Mace Business School, part of the Mace Group. For more details on the article and the contributors, please visit www.macebusinessschool.co.uk/foresite

Spotlight is the tide turning?

After a year of declining lead times, it seems as if they are levelling out at last. But does that mean economic recovery is on the way? Calling it right can give you the edge,

Lead times have continuously declined over the past year, but should clients expect this to continue? Or is it time to be making provision for longer lead times? In this article, I’ll look at the trends based on the feedback we’ve received from the industry to help understand what the specialist contractors are experiencing and what they are predicting.

For any business, correctly forecasting the timing of a recovery can bestow a significant advantage over the competition. But decisions about when to begin the procurement of a construction project are especially critical because of their long duration: most clients won’t get a return on their investment for more than two years. If during that period the economy recovers, returns on the investment will be maximised. If the decision to invest is made too early, and the economy continues to decline, the clients will run the risk of there being no demand for it when it’s finished.

So can anything be read into the lead times figures that might provide an indication of the current and future construction market? If so, will it help the property industry to make a decision on a prospective investment?

The economy has been showing signs of levelling off after its decline. There are even some early signs of optimism within the big city developers: Land Securities has moved forward on two major London projects, Park House in the West End and Selborne House in Victoria, and they are also reported to be dusting off the 20 Fenchurch Street skyscraper project, aka the Walkie-talkie.

Decisions to proceed with projects of this magnitude have to take into account a broad range of national and international factors, and are seen as an indicator of how the market may develop. The industry, other developers and the City are closely monitoring this move. Although these early signs might be viewed as encouraging, a number of commentators believe that a double dip recession may still be possible, and many investors are reluctant to commit themselves for the time being.

Lead times were showing signs of the looming recession as far back as 2007, when a few trades started to report falling enquiries and reduced lead times; however, there were still considerably more companies extending lead times as they managed the pressure of workload on labour, plant and material resources. The trend over the past two years has been for lead times to steadily fall. In 2008 and 2009 an average of six trades a quarter were reducing their lead times, and in February 2010 that fell to just four. This month it reduced still further to one (facade cleaning equipment).

The indications are that the lead times for most trades are levelling out close to or at their shortest possible duration: only specialist joinery is reporting a small (one week) increase. Closer analysis indicates that a third of the trades have now reached lead times that are the shortest they’ve ever reported, and more than half are reporting lead times that are less than or equal to the shortest since our records began in 1999. It is reasonable to assume that these trades are unlikely to reduce their lead times any more. The signs are that even the trades that have not set new records are starting to plateau, with only four of the 33 packages having an average trend of falling lead times over the past year.

The areas that have the greatest potential to fall further are:

Concrete works, which have consistently reduced from their longest lead time of 12 weeks in 2008 to their current level of seven. They have the potential to reduce to five weeks, which is equivalent to their shortest lead time, between 2004 and 2006.

Some trades might not be able to reach the previous shortest lead time for non-economic reasons, such as the advent of more complex designs, health and safety regulations and other legislative requirements.

The areas most likely to lengthen in response to an increase in demand are those that are susceptible to change and are already delivering their shortest lead times. Typically, companies that have a high level of design, or specialist offsite manufacture or plant requirements, tend to have lead times that fluctuate more than others – for example, joinery, lifts, structural steelwork, cladding, piling, facade cleaning equipment and stonework.

Conversely, more traditional trades such as brickwork, blockwork, drylining, painting and decorating, landscaping and suspended ceilings all have lead times that have only fluctuated by a relatively small amount over the past 10 years.

Most trades are reporting an increase in the level of enquiries coming in to their companies. This might indicate an increase in orders, although many contractors believe that this is being caused by clients asking more companies to quote for each project to try and get more competitive prices. Another potential reason is that many clients are simply testing the water to see if their projects are viable or obtaining price guides for when they are ready to press on with their schemes. It is therefore anticipated by most trades that lead times will generally remain the same for at least another six months.

In conclusion, the downturn in the market has resulted in most trades having the capacity to commence the projects in the shortest possible lead time; only a few have the potential to reduce further. There are no signs in the near future that the industry will experience an upturn that will significantly increase lead times. However, it is important for clients and planners to be fully aware of the risk when the market does turn, because the only direction of change in the future will be for lead times to extend…

Brian Moone is operations director of the Mace Business School