Longstanding practice is on borrowed time 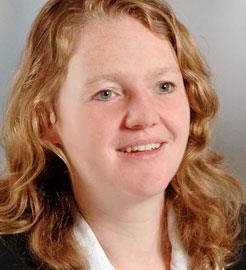 Who foots the bill for mistakes by workers employed by one contractor but “borrowed” by another?

Projects that involve a number of different parties may throw up a problem if staff employed by one contractor, but “borrowed” by another, cause loss for the the client. For more than 70 years the rule has been that such staff should be treated as employees of the contractor borrowing them, with that contractor liable for any errors or omissions by them. The recent case of Biffa Waste Services Ltd and Another v Maschinenfabrik Ernst Hese GmbH and Others [2008] EWCA Civ 1257 has undermined that rule, limiting it only to instances in which the “borrowed” staff are doing a particularly hazardous job.

This case involved construction by the claimant of a waste collection, recycling and disposal centre for Leicester city council. The defendant was engaged by the claimant to design and build the plant, and subcontracted the work to another firm, Hese Umwelt. As main contractor on the site, Hese Umwelt was responsible for safety. It contracted with Outokumpu Wenmec AB to design, supply and install a ball mill used for crushing waste.

Outokumpu Wenmec wanted to modify the ball mill gates and borrowed welders who were on site, working for Hese Umwelt. A fire broke out during a tea break, causing extensive damage. Biffa sued all of the parties involved in the works and the court found that the welders had caused the blaze. The main question for the court was: which firm should be responsible for the welders’ actions at the time they caused the fire?

The judge in the lower court held that Outokumpu Wenmec was vicariously liable for the welders’ negligence, on the basis that it had “borrowed” the employees, in that it had organised and supervised the work. As a result, the welders were not to be treated as independent contractors but had become Outokumpu Wenmec’s employees when carrying out the welding. The judge had also found liability on the basis that the welding operation was extra-hazardous.

The Court of Appeal disagreed, noting that the welders were all skilled men who used their own welding equipment, including gas cylinders and weld rods, and had their own foreman on site to supervise them. Outokumpu Wenmec had no control over the manner in which they welded.

The appeal court said the judge had erred in focusing on the fact that Outokumpu Wenmec supervised the welders: “Supervision is not control. An architect or a clerk of the works may supervise the work of a contractor’s employees, but he does not exercise control for the purposes of vicarious liability… the right to supervise does not, of itself, carry with it the entitlement to instruct how to do the work, particularly where the employees are not unskilled labourers but skilled welders.”

In relation to vicarious liability for ultra-hazardous acts, the court analysed in detail the authorities that had been followed in Honeywill & Stein Ltd v Larkin Brothers Ltd [1934] 1 KB 191 and concluded that the doctrine enunciated in that case was so unsatisfactory that its application should be kept as narrow as possible.

The court concluded that it should apply only to activities that were exceptionally dangerous, no matter what precautions were taken. The contractor’s activities here were not in that category and the appeal was therefore allowed.

This decision is important for any contractor or consultant involved in using or supervising staff with whom it has no contractual relationship, by which an indemnity might be sought in the event those staff cause the client loss. So long as the activity undertaken by those staff is not ultra-hazardous, then the responsibility for those staff will rest with their employer.