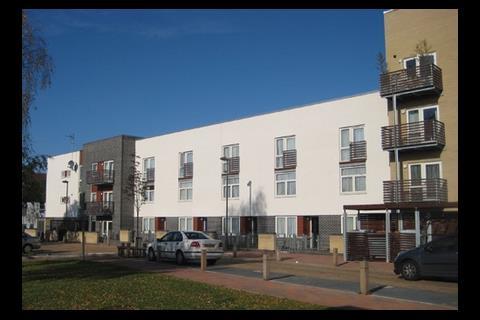 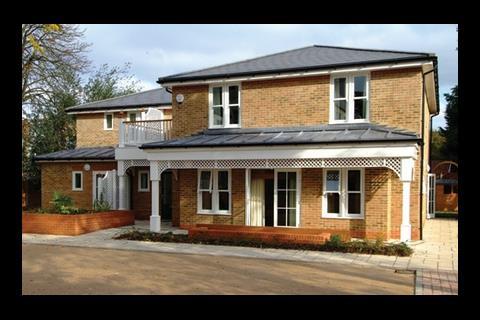 The worsening economic climate and sustainability requirements have affected costs for small projects such as affordable housing, nursing homes and extra-care homes

Over the past year, the UK economic outlook has deteriorated sharply. As such, the chances of the government meeting its housing targets look slim. The delivery of public housing depends largely on private developers providing affordable homes through section 106 agreements, and private housing starts are predicted to fall 27% in 2008. Furthermore, the government will be tighter with its funds, which will also impede progress.

Figure 1 (right) compares the change in cost between the Davis Langdon cost models and the anticipated tender price increases forecast by the Building Cost Information Service (BCIS). In all cases, costs are lower than those anticipated.

Over the past two years the affordable housing sector has delivered housing to higher design and specification levels with only a limited increase in costs. In contrast, the nursing homes and extra-care homes models, published just prior to the slowdown, now show falls in prices of about 2%.

To remain competitive contractors have been forced to drive cost reductions through their supply chain, accommodate material price increases where these cannot be avoided and reduce preliminaries and overheads. Preliminaries percentages peaked in mid-2007 and have been falling since then with a typical drop of 1.5–2.5% last year.

All three models reviewed in this update are mainly of traditional build, with either a masonry cavity wall or timber frame with facing bricks and concrete tiles. They do not contain a large amount of steelwork or metal components.

The downturn in housing has led to the costs of many components being squeezed, as stocks have built up and contractors have sought to obtain best prices. The main areas of reduction so far are groundworks, brick and blockwork, concrete tiles and timber framing. Demand for structural insulated panels has also been greatly affected, with price reductions of 15%, as this a product mainly used in housing.

The price of rebar has fallen dramatically from peaks reached in summer 2008.

Meanwhile, mechanical and electrical services prices have remained flat. The one major component that has increased in price has been reinforced insitu concrete.

The Housing Corporation’s new standards and quality strategy were issued in April 2008 and will be used in its next bidding round. The strategy included the following:

Recently, many private–social joint ownership developments have been shelved. The decline in private housing will also hinder the funding of affordable housing, as present Housing Corporation grants make it difficult to deliver rent-only schemes.

Over recent years, registered social landlords have secured about 50% of social housing using section 106 agreements for private development. To overcome this stagnation, in July the government released an additional £400m of funding originally earmarked for 2011 to be spent this year.

Since the last cost model was published the EcoHomes “very good” standard has been replaced by level three of the Code for Sustainable Homes. For a 2006 house to meet the 2008 criteria, it would have to:

For an average semi-detached house, incorporating level three requirements has been estimated to result in a cost increase of 3.6–7%, depending on the nature of the site. However, owing to the economic situation these measures have recently been secured at low additional costs on recent projects.

Many schemes are now being submitted and built to level four requirements. Some of these include insulated back plasterboard, improved daylighting to reduce use of electric light, solar thermal or photovoltaic panels, more stringent airtightness, mechanical exhaust-only ventilation and ventilation with heat recovery. Level four has been achieved at a cost uplift of about 5%.

The cost model (section A) is based on a new-build scheme of a mix of two and three-bedroom houses in the West Midlands. The buildings are of a timber-frame construction, with a reinforced insitu concrete ground slab, facing brick external wall and concrete tiles on timber roof trusses. Windows and doors are painted softwood. Internal subdivision is by loadbearing timber stud partitions.

The demand for nursing homes and extra-care homes remains steady. While there has been no drastic fall in schemes being planned, responses to tenders have shown a trend towards keener pricing. Despite overall confidence, the sector is remaining cautious about over-expansion. Still, after years of decline in the number of places available, resulting from the closure of unsuitable facilities, it is anticipated that the number will begin to rise as private developers provide more spaces than the number closing.

Most projects are being constructed above the national minimum standards, providing 100% single ensuite rooms with the size of the bedrooms above the 12m2 minimum requirement.

Future-proofing is vital, and can involve providing flexibility so homes can be adapted, for example to allow better IT facilities.

This cost model (section B) is based on a 16-bedroom extension to a home in the West Midlands, including kitchenettes and dayrooms. Some demolition and alteration was involved. The construction used a facing brick cavity wall on strip footings with precast concrete floors. The roof is constructed of concrete tiles on softwood trusses, windows are uPVC and internal walls are blockwork. Services include gas-fired heating with low surface temperature radiators, lighting and nurse call alarms.

The government’s policy of reducing institutionalised healthcare has meant that extra-care housing is an expanding sector. Housing associations provide most extra-care facilities but both private and public developers are keen to carry on expanding. In July, the Department of Health announced that it would provide funding for more than 2,000 homes across the country.

Retirement specialists are also keen to branch out into extra care. Early in October 2008, Wren Homes, a retirement home specialist, raised capital via a share issue and loan to expand its offer in the sector. However, the market is facing a slowdown, as potential customers are unable to sell their existing homes.

There is no universal definition of extra-care housing. Alternative terms include assisted living, very sheltered housing and care villages. Planning issues can be complex, with different authorities classing the schemes differently. Some regard them as residential institutions, others as general housing. If the developer is a private sector provider affordable housing may have to be included, which could affect viability.

The cost model (section C) for the extra-care building located in the West Midlands features 16 self-contained flats of 10 single-bedroom homes and six two-bedroom homes located as a three-storey separate wing to a care home.

The scheme is developed to housing association standards, and also features a cafe/restaurant with kitchen, residents’ lounge, and staff rooms. It is constructed using a traditional facing brick cavity wall on strip footings with reinforced insitu concrete floors. The roof is constructed of concrete tiles on softwood trusses. Windows are softwood and internal division is based on metal stud partitions. Services include gas-fired heating systems with low surface temperature radiators, lighting and nurse call alarms.

There are grants and incentives for development. Two such schemes worth considering are:

tax relief on the costs of remediating a contaminated site. This is available to companies who are within the charge of corporation tax, so if private housing is envisaged it may be possible to benefit. Not all remediation costs qualify, however – only those incurred as a direct consequence of contaminated materials being present on the site.

There are several complex entitlement and eligibility conditions involved, however, and specialist advice should be sought if remediation costs are envisaged.