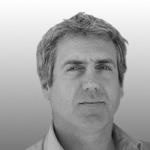 As we recover from the shock of the general election, we can now focus on how the Government should act on housing; to stem the tide of rising prices, fuelled by a chronic lack of supply.

Given that Theresa May’s piorities are likely to juggling efforts to remain in government and avoiding a disastrous Brexit, it may be that housing, along with health and education, that come a poor third. However, while the other two at least have their own department, housing is a poor relative with no cabinet representation or even the resources and profile to take proper action.

The last government took some action behind the scenes to push for greater investment in off-site construction methods, which has made some progress. We can only hope this is continued.

As a practice, we are committed to making factory based modular housing work. It is the only dependable solution to rapidly increasing supply, benchmarking quality and reducing cost. When you reflect on the changes to manufacture and agriculture over the last hundred years it is incredible to reflect that we are building homes now in almost exactly the same way we did at the start of the 20th century.

Factory based assembly, using solid timber, offers the prospect of a repeatable process without a reputable product - a fully customisable system of modules, delivered to site and rapidly assembled.

But what happens as we develop greater collaboration between design and manufacture, materials technology and engineering? The same integrated solutions that we take for granted in the making of cars or phones: rationalisation, user-focussed operation, monitoring and real time feedback for complete control will bring about greater energy efficiency and more comfortable, responsive homes.

In 25 years time it will seem faintly eccentric to build a home by taking a delivery of materials to site and putting them together piece by piece as we do now - in much the same way as someone wanting a new phone popping into Maplin to buy the components and spending the weekend with a soldering iron. As factory production becomes the norm, we can look forward to the same refinement of design that we take for granted in modern cars, or planes.

In the late 19th century, a housing crisis and political reform led to an explosion of housing across Britain’s cities and towns. Byelaw streets characterise our inner suburbs and are much the same across the country - these are now among the most desirable homes and very few complain about the lack of character or diversity. Indeed, the acme of good design is convergence - witness the smart phone industry where phones by any manufacturer are barely distinguishable. Likewise in cars where in many instances exactly the same chassis is used across a rage of makes and models.

But modular does not have to come at the expense of good architecture. The flamboyant contemporary towers placed their inhabitants within mundane white boxes - albeit sometime with a good view. With modular we have the opportunity to introduce choice - imagine people having a choice in their homes! Like an Audi A4 with its million combinations new homes will be made for the people that live in them.