The next generation of NEC contracts – NEC4 – has been launched. There are subtle changes to clause 61.3 that relate to compensation events and which await judicial clarification 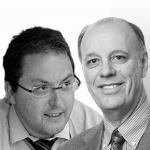 The NEC team launched the release of the next generation of NEC contracts - NEC4 - at the Users’ Group Annual Seminar on 22 June of this year. The existing users of the NEC3 contracts will recognise that NEC4 builds on the content of NEC3 in a way which can be described as evolution and not revolution. Whereas it focused on some innovative new features and new contracts, NEC4 also saw some changes to existing wordings. This includes a subtle change to clause 61.3.

In articles entitled “NEC3: Compensation Culture” and “After the Event” published in Building on 28 February 2014 and 6 February 2015 respectively, we considered the operation of clause 61.3. One of the central features of NEC4 remains its “compensation events”. This includes the mechanisms in clauses 61-65 to provide the ability to change the prices, the completion date or a key date.

Clause 61.3 is arguably one of the most important sub-clauses within the NEC4 form. The first portion of clause 61.3 within NEC4 is fundamentally unchanged. It sets out the contractor’s responsibilities to give notice to the project manager. Unless the project manager
has already notified the contractor, a notice has to be given of an event which has happened, or which is expected to happen, if it believes the event is a compensation event. Subjective words such as “expected” and “believes”, however, create ambiguity.

The second part of the clause deals with the consequence of a failure to provide notice (a time-bar provision). This is where the wording within NEC4 has subtly changed by stating: “If the contractor does not notify the compensation event within eight weeks of becoming aware that the event has happened, the prices, the completion date or a key date are not changed.” The consequences of the contractor missing the eight-week deadline and failing to provide this notice are serious.

Without judicial clarification of clause 61.3, contractors would be well advised to notify all facts, past, present or future, which could conceivably be regarded as a compensation event

The time bar in clause 61.3 now arises only if there is a failure on the part of the contractor to notify a compensation event within eight weeks of becoming aware, not of the event, but “that the event has happened”. It can be difficult to prove the date of the contractor’s awareness, which is of course a subjective test. It is also entirely possible for the contractor to be aware of an event at a different, and potentially earlier, date than when he “expects” or “believes” it to be a compensation event.

This situation is not assisted either by the new user guide. Contrary to the above, it suggests “that this time limit starts when the contractor is aware that the underlying event occurs, not when the contractor becomes aware that it is a compensation event”. What is the “underlying event”? Doesn’t the contractor have to know that the event is a compensation event before giving notice? If material in the ground is encountered that might be contaminated (clause 60.1.12), does the eight-week time bar operate from the time that the material is first encountered or the later date when the contractor believes or has proof that it might be contaminated? Again, the latter interpretation must be preferred.

Without judicial clarification of the meaning of clause 61.3, contractors would be well advised to notify all facts, past, present or future, which could conceivably be regarded as a compensation event. This will add to the costs of operating the agreements for all parties which is not a process which the drafters of NEC4 would wish to encourage. The growth in the use of specialist NEC change managers is an inevitable consequence.

Jeffrey Brown is a partner in the London office of Veale Wasbrough Vizards. Steve Goodwin is a director of GVE Commercial Solutions