2
...and people without buses
News

...and people without buses 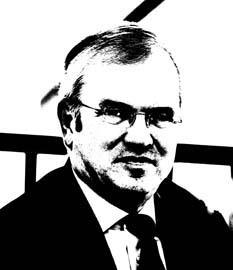 As we know, the Thames Gateway can’t succeed without a lot of money being spent on public transport. Yes, but whose money? A recent scheme in Kent may have answered that question

One the most intractable problem with developing the Thames Gateway is finding the money and the means to transport all those new people around their daily lives. That problem is much closer to being solved now, thanks to a large housing development that is going on site after a basis for funding transport infrastructure was sorted out. The arrangements being introduced for Kent Thameside have now informed government policy on future schemes.

The Kent Thameside development covers the urban parts of Dartford and Gravesham, centred around a new hub at Ebbsfleet. Or at least that’s the plan. For two years it has been stalled by the Highways Agency, which took the view that the existing transport links, and those in the pipeline, would not be able to cope with the demand created by the building of 25,000 homes. And neither the agency nor the government was able to fund extra investment.

To be fair, Kent Thameside did present enormous transport challenges. The development sites were sandwiched between the A2 and the Thames. Although the A2 is being widened and improved – work which will be completed in 2009 – the growing importance of the A2/M2/M20 corridor as an international freight artery means that any extra capacity will probably be absorbed by a background increase in traffic. Furthermore, the local network was itself inadequate, with the result that many local journeys were displaced onto the A2.

The Kent Thameside development has been long in the planning. Public and private sector partners first came together in the early nineties to anticipate the disappearance of the area’s quarrying and cement industries. It was clear from the start that any new development would place a great deal of emphasis on public transport, and after considering the possibility of a tram system, the partners agreed on a bus-based light transit system known as Fastrack, which runs as far as possible on dedicated bus-ways.

The first phase of Fastrack began operation in March 2006. The numbers of passengers using it increased steadily during 2006, and are now running well ahead of forecasts. Levels of customer satisfaction are high. When Ebbsfleet International Station opens on 19 November 2007, it will be served by Fastrack from day one. Right from the start, the partners wanted to create the most dramatic switch from private to public transport anywhere outside London – and the evidence suggests that this will be achieved.

But even these investments would not be enough to prevent gridlock when the new houses are built. With the encouragement of government, Kent, Dartford and Gravesham councils and the Highways Agency met regularly through 2006 and into 2007. They commissioned modelling to forecast future traffic patterns, and that appeared to confirm that problems would arise.

The parties agreed that the problems could not be resolved by roadbuilding alone. Instead, they reached agreement on a £164m package of improvements in public transport, traffic restraint and demand management, and some investment in junction improvements.

Sites at Ebbsfleet Valley are now being developed by Land Securities. Although the central commercial area around Ebbsfleet International Station secured planning consent some years ago, the vital Eastern Quarry site which, at 6,250 new homes is one of the largest single sites in the whole Thames Gateway, was caught by the delay. In July 2007, Land Securities agreed to contribute £40m to the cost of transport as part of a settlement for the whole Kent Thameside area. The government coughed up £70m, and the balance is to be met by a strategic transport infrastructure tariff of £5,000 per new home.

The two borough councils immediately introduced the tariff on an interim basis, pending consultation; consultation is now under way, with the intention of finalising the policy before Christmas.

In the meantime, not only have the first planning consents been granted with the tariff in place, but the policy landscape has shifted dramatically. The government, as part of the Comprehensive Spending Review, withdrew the planning gain supplement, which had attracted widespread criticism across the development sector, and replaced it with a similar tariff-based approach pioneered in Milton Keynes, Kent Thameside, and elsewhere …

Michael Ward is chief executive of the Kent Thameside Delivery Board