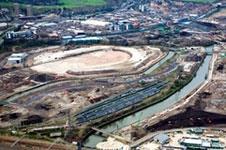 Tessa Jowell has announced her intention to give updates on the costs of the Olympic Games on a quarterly instead of a six-monthly basis.

The Olympics minister's statement, made yesterday in the House of Commons, will put extra pressure on the 2012 Games' contractors to stay on budget.

In response to a question on the project's budget, Jowell told ministers that, from next year, she would update ministers on the financial progress of the Games every three months.

She said: “After [January], as part of my commitment to transparency, making the details of the budget as widely available as possible, I shall move from providing financial updates on a six-monthly to a three-monthly basis.”

Jowell gave financial updates on the Olympics budget in January and July of this year. The next, in which she is likely to give details of the impact of the credit crunch on the programme, is due in January 2009.

The minister added that people of “world-class experience and stature” were ensuring that all of the major projects in the construction programme remained on time and on budget.