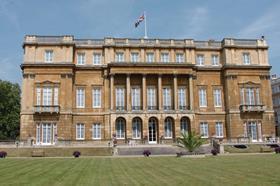 The government faces a race against time to realise the full benefits to UK construction of its success in designing and building for the Olympics.

In January, Building revealed prime minister David Cameron’s personal role in organising a global business summit on construction and infrastructure, expected to be attended by around 60 foreign VIPs along with more than 100 British industry figures, including Atkins’ Keith Clarke and Terry Hill of Arup.

But the event – to be held on 8 August as part of a series of “British Business Embassy” events at London’s Lancaster House – has struggled to attract interest from overseas delegates, according to some members of UK Trade & Investment’s (UKTI) construction sector advisory group.

Member Stephen Prendergast, a former international managing director at Costain, said foreign VIPs had been asked to attend by email before Cameron stepped in to improve the response rate by sending personal invitations.

He said: “I’m not sure email was the best way to do it. Cameron’s invitation was gold-braided and delivered from British embassies to make sure they got the right people [to attend].

“The biggest challenge is to get people there and make it a success. It’s the typically last minute bang, crash, wallop thing you expect from the British government.”

Prendergast warned that the guest list must be finalised halfway through this month due to security issues.

Another member of the group, who did not wish to be named, claimed that planning for the event had been “a bit of a shambles”.

“I am not surprised that they are now finding it difficult to get the right quality of people to come.”

“The British Business Embassy should be a great opportunity for our firms to win business across the globe, but it is worrying that a lack of preparation and poor planning could mean that British businesses don’t fully benefit,” he told Building.

He added: “Disputes between BIS and Number 10 must not get in the way of securing the best possible economic legacy from the Games.”

Umunna renewed his call for the government to publish Olympic Delivery Authority chairman Sir John Armitt’s report on the business legacy of the Games.

He said: “You never get answers from people as soon as you’d like. I’m wholly confident we will get levels [of attendance] up. People should not worry - these will be excellent events.”

He stressed the prime minister’s commitment and said that the first event - the “global investment conference” - is “pretty much full”.

He said: “You never get answers from people as soon as you’d like. I’m wholly confident we will get levels [of attendance] up. People should not worry - these will be excellent events.”

He stressed the Prime Minister’s commitment to the embassy and added that the first event – the ‘global investment conference’ is “pretty much full”.

Last September, Cameron announced programmes including the British Business Embassy would highlight key sectors for global growth and generate a £1bn boost to the economy.

“We are determined to make the most of this opportunity to ensure we deliver a lasting economic legacy that will benefit the whole country,” he said.