437 hotels in pipeline in Middle East and North Africa 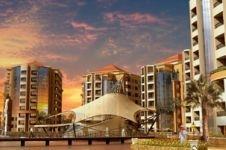 Hotel building spree will bring 120,682 new rooms to the market, with the UAE in the lead

Some 437 hotels are to be built in the Middle East North Africa region, a new report has found. This amounts to 120,682 rooms, according to the findings from research organisation Smith Travel Research. The UAE reported the largest number of rooms in under construction (30,039 rooms) and total active pipeline (53,789 rooms) among the countries in the region. Saudi Arabia followed with 7,406 rooms in under construction and 13,469 rooms in the pipeline. Two other countries reported more than 5,000 rooms in the total active pipeline: Morocco (6,640 rooms) and Qatar (5,408 rooms). The finding were published in the October 2009 STR Global Construction Pipeline Report released this week.