A sixth of England development schemes on hold 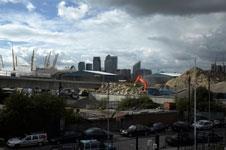 One sixth of all development projects supported by England's regional development agencies are slowed or on hold, according to a report by the government's spending auditor.

The report, on the effectiveness of the regional development agencies, found that it was not clear that the government bodies had prioritised investing in the right schemes to maximise returns on public money. The RDAs have spent £5bn on physical regeneration projects since their inception in 1999.

The National Audit Office found many developers had in the downturn sought to reduce the quality of regeneration schemes, or racked up density, as well as asking for further government funding.

Amyas Morse, head of the National Audit Office, said: “The regional development agencies' efforts to encourage economic growth through a programme of physical regeneration have delivered real benefits. It is questionable, however, whether they could not have achieved even greater benefits from the £5bn they have committed. It is important that the RDAs establish better appraisal and evaluation methods to identify the projects which are most beneficial and then target their funding accordingly.”

A statement from Edward Leigh MP, chairman of the Public Accounts Committee, said: “The RDAs have paid some £60,000 so far for each additional job created. By overstating their impact, the RDAs could seriously undermine confidence in the positive work they do.”