Work on LDA Design scheme to start this autumn 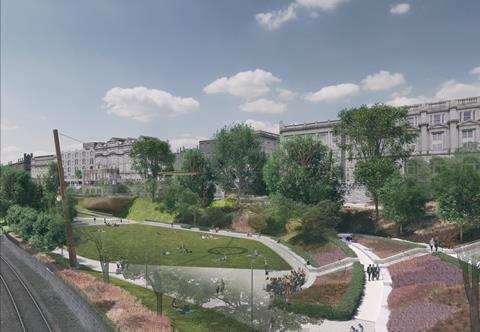 The scheme will finish by summer 2020

Work on a £20 million facelift for Aberdeen’s Union Terrace Gardens is set to start this autumn after detailed plans by architect LDA Design were approved by the city council.

The latest blueprint for the city’s Victorian sunken gardens includes a new café-pavilion and entrance plaza, as well as the creation of an accessible walkway route and lift access.

The scheme was given outline planning last year but the design has since had to be amended following input from Historic Environment Scotland.

A spokesperson for the city council, which is managing the project, said work to find a contractor through competitive tender would now begin ahead of an appointment in early autumn.

Councillor Marie Boulton, who heads up the council’s planning development committee, said: “The regeneration of Union Terrace Gardens can drive the transformation of the whole city.” 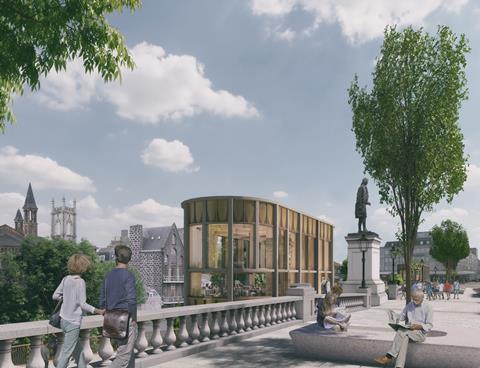 The job includes a new cafe-pavilion

LDA’s proposals for the scheme also include the repair and retention of granite balustrading at the gardens’ perimeter and the reinstatement of the gardens’ grand staircase.

The project, dubbed a “revitalisation” by the city council, stands in stark contrast to the controversial “Granite Web” plans, latterly worked on by US architect Diller Scofidio & Renfro, which included underground retail, parking and transport.

That project won a narrow majority in a citywide referendum in 2012 but it was scrapped by councillors later the same year. It would have been backed by a promised £50 million donation from the family trust of oil tycoon Sir Ian Wood.

Local business leaders argued that the reconfigured park and new retail facilities were essential to give Aberdeen a world-class city-centre attraction but councillors got cold feet.

Work on the LDA scheme is expected to complete by summer 2020 at the latest.