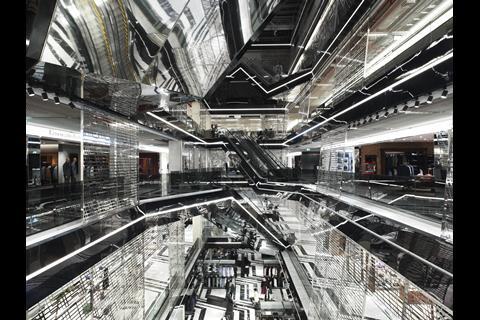 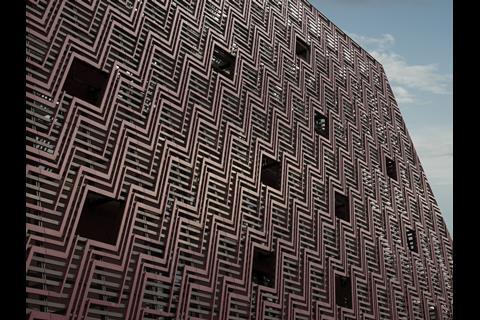 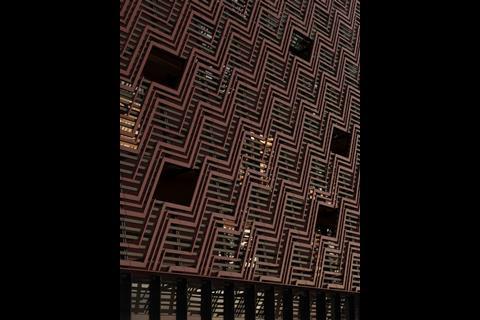 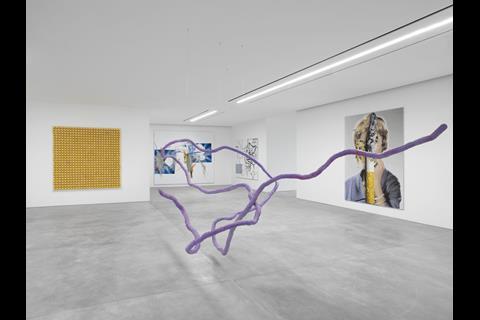 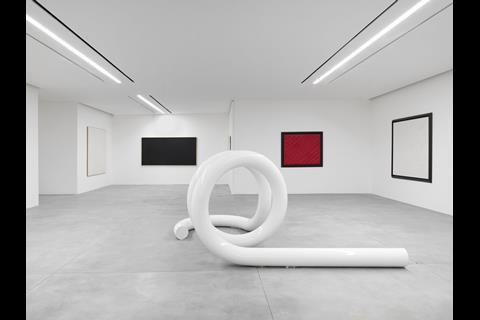 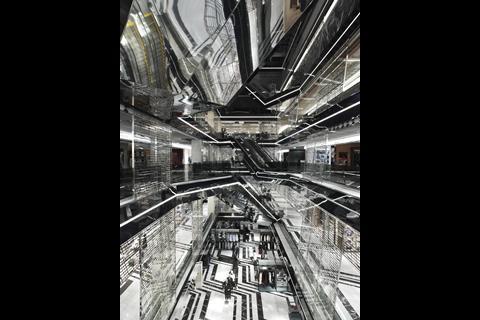 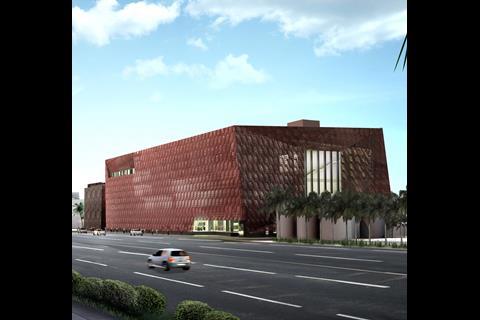 The first images of David Adjaye’s Beirut art gallery and shopping centre have been released.

The Aishti Foundation building is nearing completion on a brownfield coastal site in the Lebanese capital, with just the roof and some interior details still to be finished.

The 17,600sq m complex sites on a large plot previously occupied by a number of warehouses but part of which has been reclaimed from the sea.

Adjaye Associates was also responsible for designing a new seaside promenade with a created undulating landscape – an urban placemaking element which the practice described as “very exciting” and which is intended to signpost the site as a visitor attraction.

The building itself combines cultural and retail uses which required separate entrances and treatments but the flexibility to be linked.

In a statement the practice said: “The juxtaposition of art and shopping presented the practice with the challenge to create a design for an entirely new typology that would integrate two, often conflicting, worlds.

“The concept, therefore, has been to establish a lively architectural dialogue via a celebration of views into the different spaces as well as a homogenising tiled design that presents a continuous language throughout the building’s floor, facade and roof.”

The building’s form is a simple block rotated on one edge to appear tilted. The windowless retail floors are on one side, arranged around an atrium, while the side containing the galleries is defined by a large single window. A top-floor bar has views over the city and the sea.

The facade is layered so the building’s glazed box sits within a louvred frame which creates passive shading.

“Laterally supported, it floats around the building, with a void existing between the two layers. The geometric ‘thunderbolt’ pattern of the ceramic louvres – or ‘baguettes’ – reappears in the landscaping across the entire site, as well as on the interior tiling, and becomes a defining motif,” said the architect.