Exclusive: Consultant to work with architects Frank Gehry and Foster & Partners on 1,300 home project next to power station 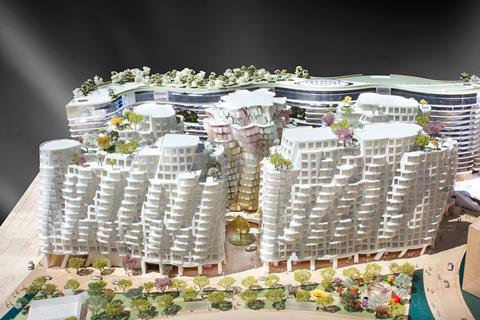 Aecom has landed the cost consultant role on the prestigious third phase of the £8bn redevelopment of the Battersea Power Station site, Building can reveal.

The consultant will work with architects Frank Gehry and Foster & Partners on the phase, which sits next to the power station and comprises 1,300 homes, including 103 affordable, as well as a 160-room hotel and 350,000ft2 of retail and restaurant space. The win will be seen as a coup for Aecom, after rival Gardiner & Theobald secured the cost consultant role on phases one and two of the Battersea Power Station scheme.

Aecom’s appointment, along with other consultant appointments on phase three, including project manager and engineer, are expected to be announced by client Battersea Power Station Development Company (BPSDC) imminently.

Gehry Partners has designed the five buildings to the east of a new high street, to be called Electric Boulevard, which will house retail units at street level, residential units, and a multi-use community hub.

Foster + Partners has designed the building to the west of Electric Boulevard, to be known as The Skyline, which undulates along the line of the boulevard and will include residential units as well as a medical centre and the hotel.

BPSDC said the appointment of consultants to phase three of the scheme “will be confirmed shortly”.