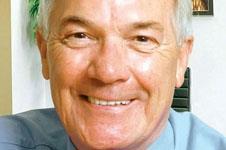 Countryside was set up in 1958. The company was floated on the London Stock Exchange in 1972 and in 2005 Copthorn Holdings, a 50:50 joint venture between the Cherry family and the Bank of Scotland, part of Lloyds Banking Group, acquired control of the company.

It’s main areas of operation currently are in the Thames Gateway, East of England and the North West.

As well as founding the firm, Cherry also sat on a number of working groups, and until recently was chairman of the Sustainable Development Round Table affiliated to the Government Office for the East of England.

He was awarded an MBE in the 1984 New Year's Honours List, and awarded a CBE in 2003 in The Queen's Birthday Honours List.