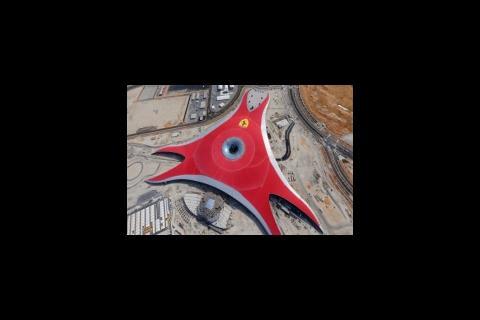 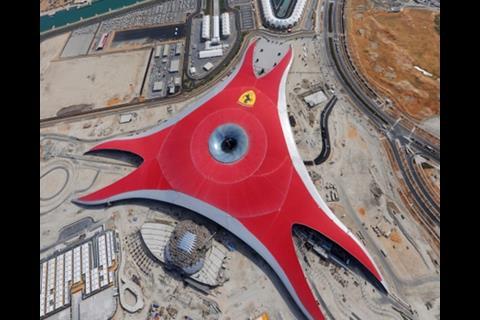 Ferrari World is part of the developer's £39bn Yas Island project, which will this weekend host the emirate's inaugural Formula One Grand Prix.

The theme park's architect is Benoy and the contractor is Belgium's Besix, which has formed a joint venture with Aldar to work on the Ferrari project, due for final completion in 2010.

The building's most outstanding feature, its red roof, inspired by the curves of the Ferrari GT body, covers a surface area of 200,000m2 and features the largest Scuderia Ferrari “prancing horse” emblem in the world, measuring 66m in diameter.

Ferrarri World will feature the world's fastest rollercoaster, which will travel at speeds of at least 200kmph over 62m through the main building's roof and back down to earth again.

Mohammed Al Mubarak, chief commercial officer at Aldar Properties, said: “Signature projects like Ferrari World are an element of our contribution to Plan Abu Dhabi 2030. We are proud to be a part of bringing Ferrari to Abu Dhabi and giving our citizens and visitors alike the opportunity to share in the passion and excitement of these initiatives.”