All homes to be fitted with smart meters 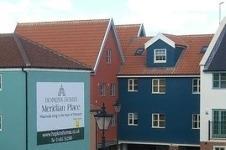 The government has unveiled long-awaited plans for all homes in the UK to be fitted with smart meters by the end of 2020 in a bid to help households cut their energy bills and carbon emissions.

The responsibility for installing the smart meters will fall on the energy suppliers, raising concerns that customers will end up picking up the cost of installing the meters which will be required to have a standalone display to make it easy for consumers to see and understand their energy use and carbon emissions in real time

Energy and Climate Change Minister Lord Hunt said: “Smart meters will put the power in people’s hands, enabling us all to control how much energy we use, cut emissions and cut bills”.

Measures for a smart energy grid were also announced. These will deliver electricity more efficiently and reliably - reducing the costs and emissions from electricity generation and transmission and also facilitate increased generation of low carbon electricity sources such as wind.

However, Joel Hagan, chief executive of Onzo which works with utility companies to help customers to cut their energy consumption, said it was disappointing that the government had decided not to make mandatory the information that energy suppliers should make available via the smart meters.

“Everything now rests on the effectiveness of those displays. At £15 per display, it is doubtful whether the reductions in usage that the government anticipates will be realised.”

He added: “Today’s plans for smart metering roll-out yet again raise more questions than answers. There is no clarity on what the energy display should do, and this prevents the industry from innovating and progressing development in time for roll-out.”