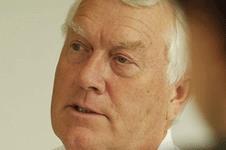 Listed architect Archial made a loss of £3.4m after tax in the six months to June, after revenues dropped 18% following the cancellation of work.

The firm, which is the owner of Will Alsop's former firm Alsop, saw revenues drop from £22m to £18m, and recorded a profit before tax and exceptional items of £1.7m. However, the firm has written down £3.85m of bad debt against work being cancelled or postponed, leading, with tax and restructuring costs, to the overall loss.

He added: “The unprecedented trading conditions experienced by all and especially those in the construction sector, have resulted in a portion of the group's secured work being postponed or cancelled, with its inevitable effect on our trading performance.”