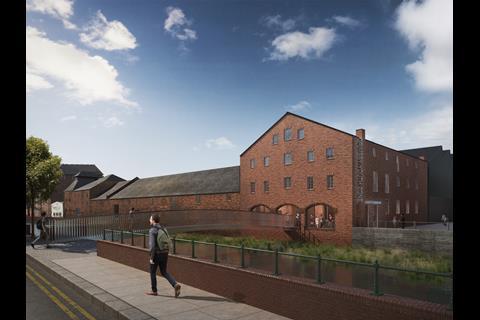 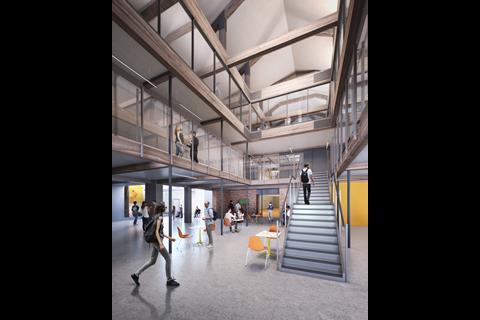 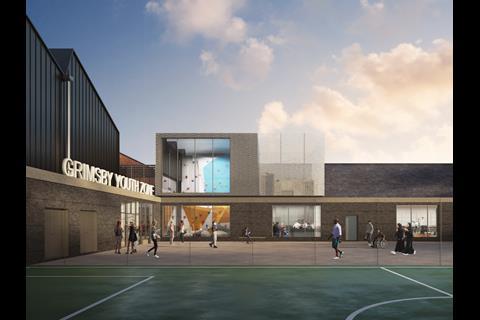 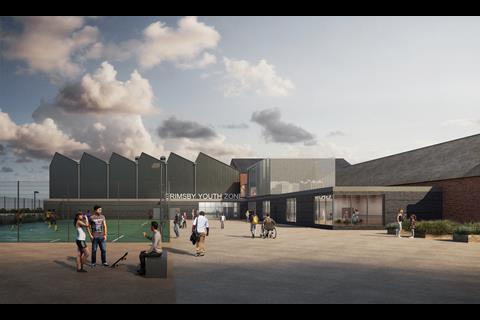 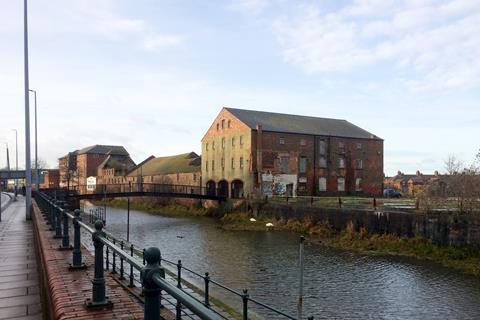 Architect John Puttick Associates has won planning and listed building consent for the redevelopment of a grade II-listed maltings in the middle of Grimsby.

The scheme by the practice behind the revamp of Preston bus station will involve retrofitting existing buildings and extending the site to create Horizon Youth Zone – a hub for young people developed by the national youth charity OnSide.

There are currently 14 Youth Zones in the OnSide Network, each offering a choice of over 20 recreational, arts and sports activities.

The 5,440m² Grimsby site comprises the former West Haven Maltings and Migar House buildings, constructed from the 1820s onwards as a series of granary warehouses on the river Freshney.

But the buildings in the Lincolnshire fishing port have been empty for many years with the project involving a mix of restoration and rebuilding with salvaged material.

It will include a series of green initiatives including South-facing photovoltaic panels mounted on the sports hall’s roof, while wind-catchers will drive natural ventilation through the space. In the landscaped areas, wildflower turf will increase the biodiversity of the site, while raised planter beds provide the opportunity to grow food.

New-build elements will include a zinc-clad sports hall with a saw-tooth roof and a grey-brick addition with performance space and supporting facilities.

Puttick founded his eponymous practice in 2014 with a competition-winning entry to refurbish BDP’s Preston bus station built in 1969 and which at one stage faced demolition. It was eventually given a grade II listing in 2013 with plans announced for its renovation the following year.