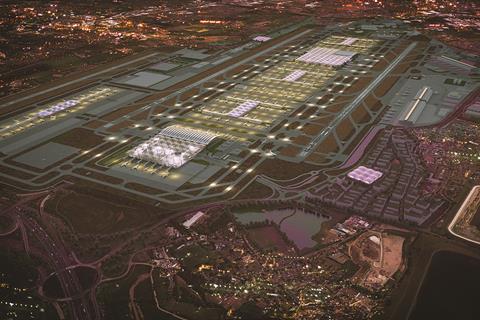 Sir John Armitt has said the government has made the correct decision in picking Heathrow over Gatwick to increase the country’s airport capacity.

He told Building: “Heathrow is the right choice and Brexit reinforces it. If we’re going to be more global in outlook and be in touch with more distant places, then that is what Heathrow does.”

Tuesday’s decision by ministers, which is now subject to a year-long public consultation and MPs’ vote next winter, was warmly welcomed by the construction industry.

The decision is a big boost for Heathrow’s expansion programme management team of Arup, CH2M, Mace and Turner & Townsend, which will immediately start work on Heathrow’s bid to secure a development consent order and expects to be 100-strong within a year.

Jason Millett, chief operating officer for major programmes and infrastructure at Mace, said: “We can start mobilising people now. Since our appointment [in March] we have been waiting for this moment.” 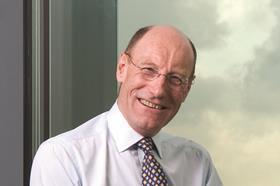 The expansion, the concept for which was designed by Grimshaw (visualisation pictured), is estimated to cost between £13bn and £16bn.

But it still faces significant hurdles, with major splits in the Cabinet and experts and environmentalists warning it could face years of legal battles.

Some ministers - including foreign secretary Boris Johnson and education secretary Justine Greening – will be allowed to speak out against it for a limited period. Fellow local Conservative MP Zac Goldsmith said he would resign over the “catastrophic” decision, triggering a by-election.

Armitt was a member of the Davies Commission, set up by former prime minister David Cameron in 2012, which last summer recommended building a third runway at Heathrow as the best way to increase airport capacity.

Opponents of that decision included Johnson, who threw his weight behind building a brand new airport – dubbed “Boris Island” – in the Thames Estuary.

But Armitt said Johnson’s idea was a non-starter and queried why it had such backing in the first place.

“The cost of the infrastructure works to connect it into London were going to be massive,” he said. “There would have been a legal challenge from environmental groups on the loss of [bird] breeding grounds.

Armitt, also chair of the Institution for Civil Engineers, is expected to have a key role in modernising UK infrastructure in the coming years.

Permanent posts on the NIC - which is charged with setting the UK’s long-term development priorities - will be advertised next month, with appointments at the start of next year.

The NIC is due to come up with a vision statement by the middle of next year. It is no longer being established in law as previously promised by the government but instead will become an executive agency of the Treasury.

Armitt said he met chancellor Philip Hammond earlier this month to discuss the decision. He admitted: “If it’s enshrined in statute, it gives it permanency.

To unstatute it is a political hassle and makes it less likely to be kicked into touch by future government. But my view is what is important is behaviours.”