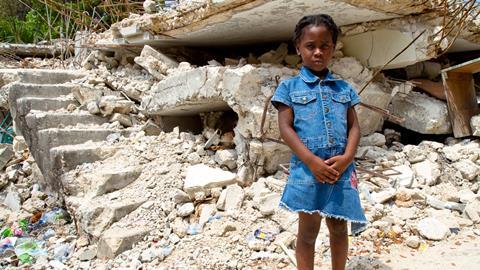 The UK-based charity will build 20-30 new schools across Haiti, six months after the earthquake hit.

UK architectural charity Article 25 has started work on dozens of schools in Haiti, the Caribbean island devastated by January’s earthquake.

Article 25, in a consortium with American NGO Outreach International and the Haitian Organisation for the Social Development of the Masses, is to build new schools across the island.

Article 25 was not able to specify exactly how many new school buildings will be needed. However, Stephanie Johnston, Article 25 communications manager, put the figure at ‘between 20 and 30.’

So far, the charity has surveyed schools for structural damage, secured the support of local communities, and erected multiple temporary tents to try to re-engage local children and their parents in education before the onset of the hurricane season.

Jack Pringle, chair of Article 25, said: “When the earthquake struck Haiti earlier this year, Article 25 was launching the third phase of its earthquake reconstruction work in Pakistan after their earthquake of 2005. That’s an indication of how long you have to be in the field to make a long term difference.

We’re already up and running in Haiti planning dozens of new schools, in spite of some pretty severe challenges.”

Working almost entirely with volunteers, the Article 25 is relying heavily on pro bono donations to complete its projects in the region.

The charity is hoping to develop a large-scale housing programme for the island later this year.