Asia and Middle East push profit up at Zaha Hadid

Zaha Hadid’s popularity among clients in Asia and the Middle East continues to grow with the firm’s combined workload in the two regions up by nearly a fifth.

The Middle East remains the single biggest market for the business with the region accounting for 41% of the firm’s turnover, according to the latest report and accounts of Zaha Hadid Holdings which have been filed at Companies House.

Work in the region edged up by just over £1m in the year to April 2015 but its revenue from Asia was up by a third to just under £17m.

The results also reveal Hadid herself racked up personal expenses of nearly £3m – from just over £900,000 last time – which were paid for by the group while the company also settled a personal tax bill of £161,000 on her behalf.

Among the schemes the practice is working on in Asia is a 45-storey mixed-use tower in Beijing while elsewhere in the Chinese capital it has designed the world’s largest passenger terminal at the Beijing New Airport Terminal Building. 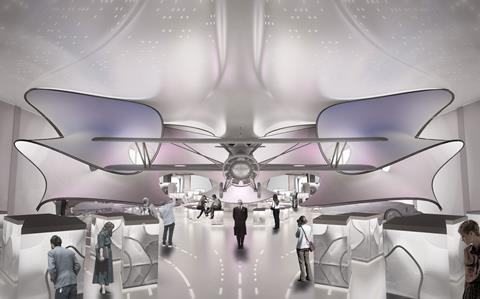 Workloads from the US were down from £4.4m to £3.7m while the firm’s UK business accounted for just £442,000 of revenue – down from the near £1m last time, with its high-profile, new maths gallery at the Science Museum in London due to open later this year.

In a statement accompanying the accounts, Hadid, who last week was formally awarded this year’s Royal Gold Medal by the RIBA, said: “ZHG achieved notable successes in established, developing and new global markets, while its completed worldwide projects demonstrate an on-going commitment to the highest standards of design, construction and sustainability.”