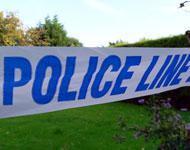 Eighteen men and three women from the West Midlands, Staffordshire, London and Manchester have been arrested on suspicion of conspiracy to cheat the public revenue and money laundering offences amounting to over £6m.

Cash totalling £73,000 has so far been seized along with paperwork including bank accounts and computers, Class A drugs and associated equipment.

It is believed that organised crime gangs created a chain of companies which claimed to subcontract labour for the construction industry, before disappearing without paying the taxes.

It is thought thousands of construction site workers may have been robbed of the tax and national insurance contributions they believe they have paid over the last six years.

Adrian Farley, assistant director of Ccriminal investigation for HMRC, said that the scammers have deprived “vital public services of much needed investment. We are committed to bringing them to justice and to deprive them of the proceeds of their crime.”

Over 40 search warrants were executed at residential and business premises in the West Midlands, Staffordshire, Nottingham, London and Manchester. Further searches are under way.