Chesterfield-based housebuilder aims to build 4,000 a year by 2020, according to chief executive Colin Lewis 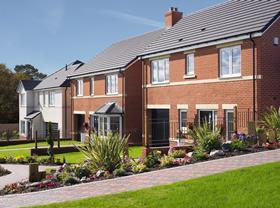 Privately-owned housebuilder Avant Homes is on track for a record year, according to the Chesterfield-based group’s chief executive.

Avant, which employs around 700 staff, had already secured 69% of its targeted first half volumes in the new financial year, Lewis said.

It expected to hit its target of becoming a £500m-a-year business, set three years ago, by the end of 2018, 12 months ahead of schedule.

Lewis said: “The confluence of beneficial factors impacting our business is something we’ve not seen before, namely government and cross-party support for housebuilding, a low interest rate environment and Help To Buy, plus our business plan of delivering houses that find favour with members of the public who then go on to become our customers.”

Lewis said the group benefited from better price stability in its trading areas of the Midlands and North of England and a central swathe of Scotland.

Avant expects to announce its full year results in late July or early August, according to Giles Sharp, the group’s finance director.