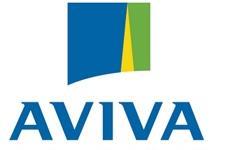 Aviva is preparing to invest £500m in the Homes and Communities Agency's private rented sector initiative over the next two to three years.

Andrew Appleyard, head of residential real estate at the insurance group, said he could commit cash to the proposal, whereby the national regeneration agency hopes to encourage institutional funders to bankroll the building of thousands of units for private rent.

Speaking from the platform at the Thames Gateway Forum, he said the proposal had reached a "tipping point" which meant he was prepared to make the investment.

Appleyard said the investment model was viable with no government subsidy and projected vacancy rates of 10%.

He said that getting construction finance to build homes for sale was "ridiculously expensive" and that banks had been encouraged by the fact that the schemes would have income stream.

Appleyard added that the firm had examined more than 20 proposals across London in terms of viability and hoped to enter into plans with a social landlord, which had been selected.

Aviva would look to stay as an investor in the scheme for at least ten years and would hope to make progress on the scheme next year.