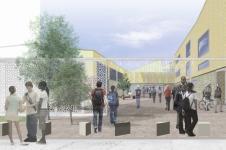 Balfour Beatty has beaten Wates to the £300m Ealing BSF scheme, according to sources close to the situation.

Balfour was handed the job late last week and will now work towards achieving financial close, a process that usually takes about three months.

The BSF deal will see 14 schools rebuilt or refurbished and one new school built.

Work on the first two schools will start in October and is due to complete by 2015.

Galliford Try and Willmott Dixon fell out of the battle for the scheme late last year.