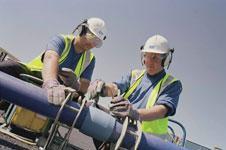 Balfour Beatty said a strong performance at its infrastructure arm contributed to robust overall trading in the last four months.

In a quarterly interim management statement, the £7.5bn-turnover group said: “Trading and cash generation has continued to be strong based on our pre-eminent position in infrastructure markets which provide long-term secure incomes.”

In the PFI market, the M25 and Fife hospital schemes have slipped into 2009 as a result of the current malaise in the financial markets.

Analysts said the delay was due to financial and banking processes taking longer as a result of the credit crunch.

Howard Seymour, an analyst at Numis Securities, said: “The delay in these projects is in no way a reflection of inability to fund the deals as Balfour reports a high level of interest.”

The company also pointed to a weakening development market. It said there were “some signs of slowing expenditure” but that development work represented a minority of its activity in the building sector.

Average net cash during the period was £200m and it said its recent acquisitions were progressing well.

Its turnover share of its joint venture in Dubai will exceed £350m in 2008.

Kevin Cammack, an analyst at Singer Capital Markets, said the statement was “very reassuring in these troubled markets” while Alastair Stewart at Dresdner said the strong performance should fuel a bounce in the share price.

Its shares were up 5% to 281p in early trading on Tuesday.