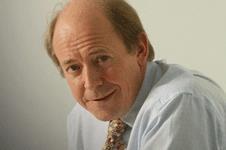 A Hong Kong joint venture half owned by Balfour Beatty has won a £300m contract to build a sewage system for the Hong Kong government.

Gammon Construction will build three deep tunnels, totalling 12km in length and up to 165m in depth, forming a main part of the island’s Harbour Area Treatment Scheme.

It is the largest contract won by the Hong Kong infrastructure contractor, and is earmarked to complete in 2014. Gammon is a fifty-fifty joint venture owned by Balfour and Asian conglomerate Jardine Matheson Group.

Ian Tyler, Balfour Beatty’s chief executive, said he was “delighted” to have been selected to carry out the project.” He said: “Gammon’s advanced capabilities, technological standards and expertise in tunnelling work, including work on HATS Stage 1, were all factors in securing the contract.”