Balfour Beatty restructure is ‘about growth not cost-cutting’ 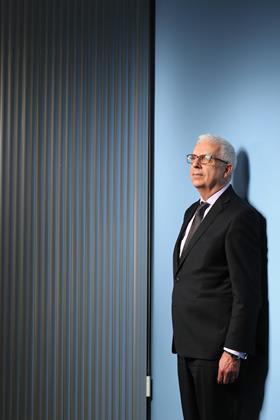 Balfour’s Beatty’s new slimmed down structure is aimed at positioning the company for growth over the long term and is not merely a short-term fix aimed at cost savings, the firm’s construction boss has said.

Revealing the details of the firm’s UK restructure exclusively to Building this week, Balfour Beatty Construction Services UK chief executive Mike Peasland said the shake-up had emerged from discussions in September 2011 as the firm reviewed its business in response to the ongoing economic downturn.

Balfour Beatty’s £3.4bn construction arm was the only part of the business not to see a rise in profit last year, with the firm pointing to lower public spending and a highly competitive market eroding margins.

In March Balfour Beatty Group announced a new efficiency drive to realise £50m in annual cost savings by 2015 and Peasland said the restructure of the 12,000-strong UK business would deliver £30m of that target.

But he insisted the move was not simply a cost-cutting drive, but was about positioning the company for future growth. “We see ourselves structuring our business to suit the market that’s going to be here not for the short term but for the medium and long term,” he said.

“This is not a market where you can think, ‘Well let’s just keep it going for a couple of years guys and it’s all going to come good’. It’s not going to come good any time soon. I keep saying welcome to the new normal.”

He said the new structure was aimed at slimming down a business which had become too clunky and complex over time. “We’ve grown in the good times and we’ve created all these businesses but we’ve created inefficiencies. We have 14 different intranets - after this there’ll be just one.”

“If we’d stayed the same we would have eventually started to diminish.”

The new structure will see six separate operating companies reduced to just one - Balfour Beatty Construction Services UK - with back office functions centralised as much as possible in the firm’s shared service centre in Newcastle.

“This whole model is about what needs to be close to the customers and what doesn’t and how far away can it be? So, can it be in a regional hub? If we don’t need it there, can it be in the London HQ, or can it go to our shared service centre in Newcastle?” he said.

“It’s been quite torturous, but it’s something you need to do and I think it’s been done quite well. This a whole new way of doing things, with a different culture and behaviours,” he said. “And that’s part of why it’s taking so long.”

How it all fits together… 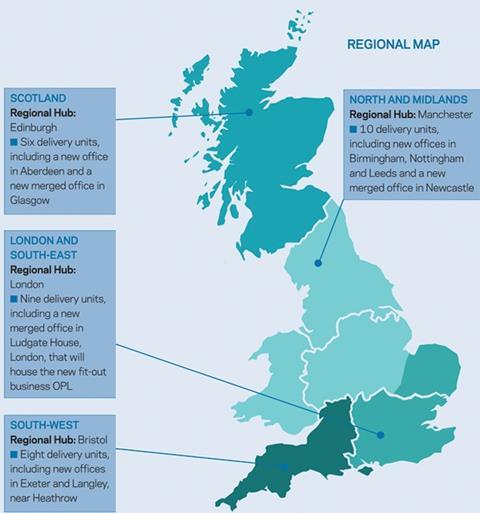