Scheme will open next month

The 120-bed hospital will open next month and will take covid-19 patients from Devon and Cornwall as well as neighbouring counties. 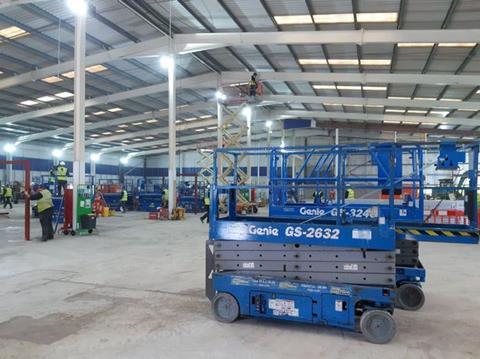 Work will finish next month

As well as treating the sickest patients, Nightingale Exeter could also be used for those patients with less severe problems associated with Covid-19 and for those who are recovering after a period in hospital.

Around 100 workers are on site with the hospital available for use for a period of nine months, which could be extended if required.

The British Army is also working on the hospital which has been designed by architect Stride Treglown.

Once it gets built, the hospital will be run by the Royal Devon and Exeter NHS Foundation Trust.

According to the latest figures released by Public Health England, the number of coronavirus cases in the South-West stood at 7,187 as of last night – the lowest of all England’s regions.