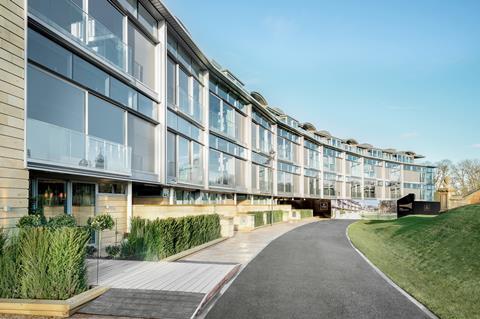 The apartments have been designed by Richard Murphy Architects

Some of Edinburgh’s priciest apartments will go on sale shortly after local practice Richard Murphy Architects, a former RIBA house of the year winner, completed work on a crescent of 84 glass-fronted homes in the Scottish capital’s Unesco-listed New Town.

Murphy said his part of the project, The Crescent at Donaldson’s, was inspired by the Georgian crescents in the surrounding New Town.

Developer Cala Homes says prices will range from just under £1m to more than £1.9m.

Bam carried out a £30m shell and core contract at the scheme which has a £90m development value. Interiors were carried out by Berkshire-based Alexander James Interiors.

The project, which sits in 18 acres of gardens a mile from Princes Street, also involved the restoration and conversion into flats by a separate developer of the historic former Donaldson’s School for the Deaf and Gate Lodges.

The 125,000sq m turreted school, one of Edinburgh’s grandest most distinctive buildings, was designed in the Jacobethan style by William Playfair in the 1840s. It was opened by Queen Victoria who is reported to have said she thought it more impressive than Holyrood. 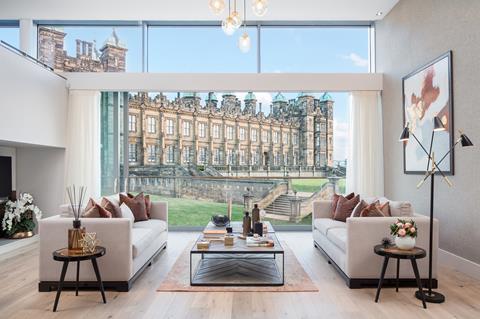