Bam has pipped rivals McLaren and Wates to be named preferred bidder for a £65m contract to redevelop the former East End home of an art, architecture and design school known as the Cass.

London Metropolitan University (LMU) sold the 1960s former textiles factory, which was known affectionately as the ‘Aldgate Bauhaus’, to Fraser Property for £50m in 2016.

A year later, after the Cass had left the building and moved to LMU’s campus on nearby Goulston Street, AHMM was appointed to draw up plans for a commercial development of the site.

Work will involve doubling the height of the six-storey building, called Central House, after earlier plans to knock it down and replace it with a 20-storey tower were abandoned. The new scheme will involve offices and retail.

A high-profile campaign to keep the building as an architecture school was backed by architects Richard Rogers and David Chipperfield while the Cass’s dean, Robert Mull, later resigned in protest at the school’s move from the site.

Work is expected to begin later this year and last around 12 months. 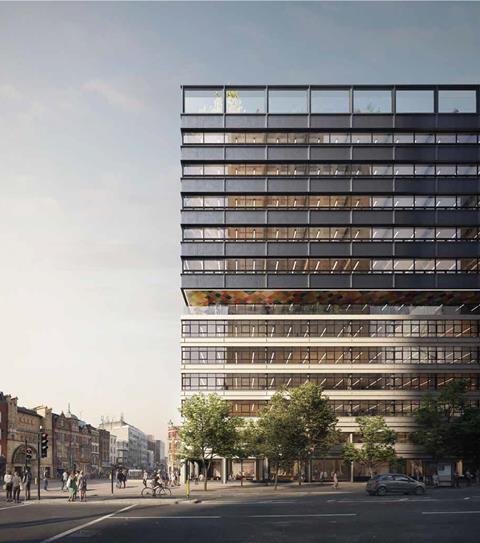 How the redeveloped Cass building will look