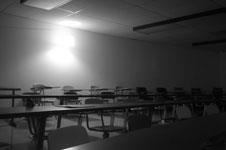 BAM has seen off three competitors in the battle for a £19m re-tendered Coventry University job, which was initially awarded to Laing O'Rourke.

The firm got the contract ahead of competitors Bowmer & Kirkland and Norwest Holst, as well as Laing O'Rourke, which had won a place back on the shortlist despite the collapse of the project first time round, when a deal agreed in January 2009 was scrapped.

BAM is now waiting for the letter of intent before it can go ahead and start building student union, welfare and healthcare facilities along with recreational space and 9,223m2 of retail units. A building that was previously on the site has already been demolished.

A further contract for the £30m construction of a new engineering and computing building at Coventry University, which was won by Balfour Beatty in January 2009, has also been re-tendered. It is expected to be awarded in April.