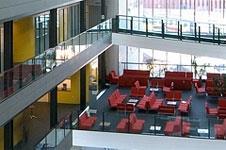 A decision was taken last week and the appointment of the Dutch-owned contractor is expected to be formalised over the next few days.

Work on the £250m programme is expected to start in September 2010 with the construction of the UCL-sponsored Academy at Swiss Cottage.

Camden council had been in discussion with both bidders the possibility of using the BSF programme to provide a range of apprenticeships for school leavers in the area.

A statement from Camden council said: “The council has now finished appraising the two bids for its BSF programme and a recommendation has been made for the appointment of BAM PPP UK as its preferred bidder.

"This has yet to be confirmed. The final award of contract will be subject to approval of the Final Business Case by councillors in July.”